SWD surprise with win against WP in T20 Cup

Seamer Hershell America returned an outstanding three for 22 in his four overs. 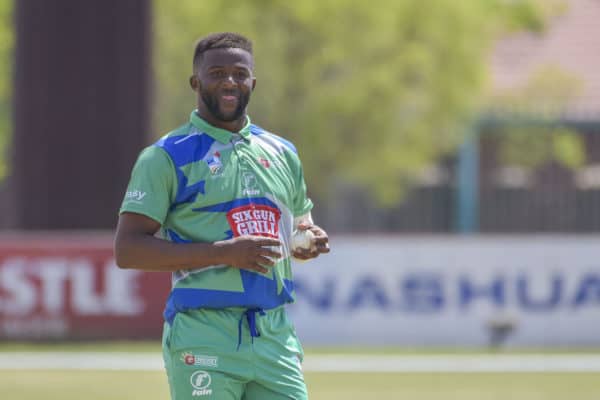 Herschell America of SWD was in fine form with the ball as he helped his team beat Western Province in the T20 Cup on Saturday. Picture: Frikkie Kapp/Gallo Images

While Northern Cape came within a whisker of upsetting the Lions, South-Western Districts suggested that Division II of local cricket will not be weak as they beat Western Province by three wickets with two balls to spare in the CSA Provincial T20 Cup at the Diamond Oval in Kimberley on Saturday.

A weak batting effort by Western Province after they elected to bat saw them slump to 49 for five as seamer Hershell America returned an outstanding three for 22 in his four overs. Western Province were lifted to 130 for seven by Aviwe Mgijima, with a run-a-ball 35, and Kyle Simmonds, who struck a determined 46 not out off 32 balls.

SWD’s other new-ball bowler, Renaldo Meyer, was also excellent, taking one for 20 in his four overs, while off-sinner Pheko Moletsane took two for 12 in two overs.

SWD were indebted in their run-chase to opener Yaseen Valli, who has been around the block for more than a week, as he steered them home with his run-a-ball 55 not out. SWD were five for two inside the first two overs, but Valli and the experienced Andre Malan (21) added 48 for the third wicket to settle them down.

Heath Richards, Moletsane, Meyer and Sean Whitehead then all reached double-figures as they helped Valli seal a big win over their local rivals. Western Province’s three left-arm quicks – Nandre Burger (2-21), Beuran Hendricks (4-1-18-1) and Wayne Parnell (1-29) all bowled well but had too much to do.