Facing South Africa in their final group game on Saturday, England are on the verge of qualifying for the T20 World Cup playoffs. 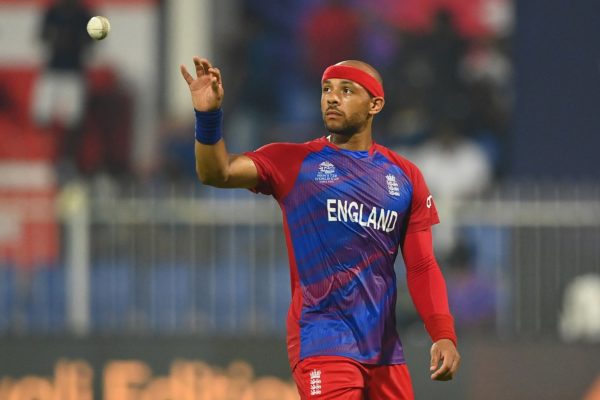 England bowler Tymal Mills has been ruled out of the rest of the T20 World Cup tournament. Picture: Getty Images

England fast bowler Tymal Mills’ T20 World Cup is over after a scan revealed the extent of a thigh injury picked up in Monday’s win over Sri Lanka.

Mills limped off the field midway through his second over in Sharjah as Eoin Morgan’s men all but sealed their place in the semi-finals with a fourth win in as many games in the Super 12s.

“England bowler Tymal Mills has been ruled out of the ICC Men’s T20 World Cup with a right thigh strain,” the England and Wales Cricket Board said in a statement.

Mills had battled back from a stress fracture that left him in a back brace for three months last year to make it to the World Cup thanks to a starring role in winning the inagural version of The Hundred for the Southern Brave.

Surrey’s Reece Topley has been added to the squad as cover with Tom Curran and Mark Wood also having missed all four matches so far due to ankle and knee problems respectively.

England face South Africa in their final group game on Saturday, but their place in the semi-finals could be sealed before then if Australia fail to beat both Bangladesh and the West Indies. 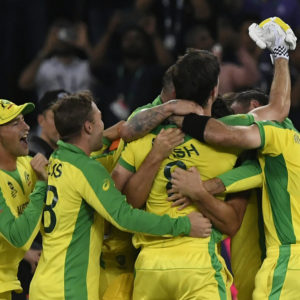 T20 World Cup: Ten moments that had us talking
2 weeks ago
2 weeks ago

T20 World Cup: Ten moments that had us talking
2 weeks ago
2 weeks ago