"As a team we'll know that we'll have to be at our best in all our departments." 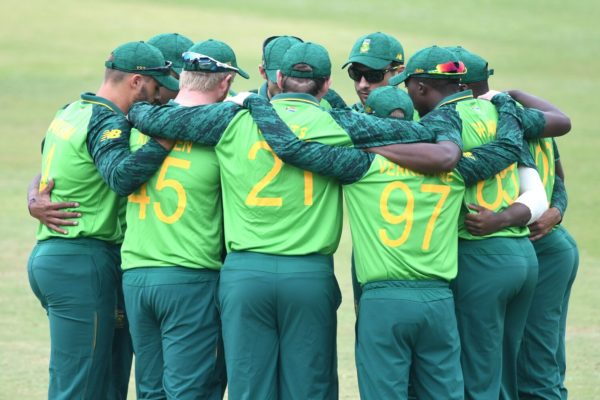 The Proteas have to beat England and hope West Indies shock Australia at the T20 World Cup on Saturday for the South Africans to advance to the semi-finals. Picture: Lee Warren / Gallo Images

South African skipper Temba Bavuma on Friday said his side will have to put in a “spirited effort” to overcome unbeaten England in a key Twenty20 World Cup clash.

To be assured of a place in the semi-finals South Africa need to win their final Super 12 match in Abu Dhabi on Saturday and hope outgoing champions West Indies beat Australia.

The Proteas have won three of their four matches but are behind Australia who have a better run-rate.

ALSO READ: ‘Only our best cricket will do,’ says Bavuma ahead of England game

However, Bavuma — who will know what is required of his side by the time the match starts as the Aussies play before them — believes in keeping things simple.

“I think every game we’ve kind of had a tailored strategy, you could say, according to the opposition that we’re playing,” said Bavuma.

“Like I said, we’ll still be putting in our spirited effort.

“England is obviously a strong side. We’ve seen that not just in this tournament but over the years.

“As a team we’ll know that we’ll have to be at our best in all our departments.”

Bavuma said the England clash was effectively a knockout match for his side.

“It has been labelled as a quarterfinal for us,” he said.

“What’s happening with Australia, West Indies, I guess what helps us is that their game happens before our game, so we’ll kind of get a better sense or understanding as to how we need to approach the England game.”

‘Still got the drive’

South Africa prevailed in a thriller against Sri Lanka at Sharjah last week and Bavuma said scoring big would be key.

“I guess the learning from that is maybe we’ll have to pull the trigger a bit earlier,” said Bavuma.

“Traditionally Sharjah is known to be one of the better batting wickets with high scoring rates.

“I think for us it’ll just be to — old cliche, of adapting to the conditions and playing accordingly.”

England have all but booked a semi-final spot with four wins in as many games and even a loss is not likely to affect their position in the group due to a higher run-rate.

They outplayed Sri Lanka at Sharjah in their previous victory with Jos Buttler hitting an unbeaten 101 and putting on a partnership of 112 with skipper Eoin Morgan, who made 40.

“I think it gives me confidence that I’ve still got the drive that I feel that I have to win a game for us no matter the situation,” Morgan told reporters.

“I don’t think many of the guys felt in regardless of how they batted.

“But certainly being in that fight for tomorrow’s game is going to be extremely important if the wicket stays the same.”

It has not been all sweetness and light for England as they have lost pace bowler Tymal Mills for the rest of the tournament due to a thigh strain.

Morgan said he is “devastated” for the left-arm quick who took seven wickets in four matches.

“As regards replacements, I think we’ll take another 24 hours to have a look at guys coming through,” said Morgan.