SA v India Test series: All you need to know

While Anrich Nortje has been ruled out due to injury, South Africa's bowling attack will be led by out-and-out fast bowlers Kagiso Rabada and Duanne Olivier. 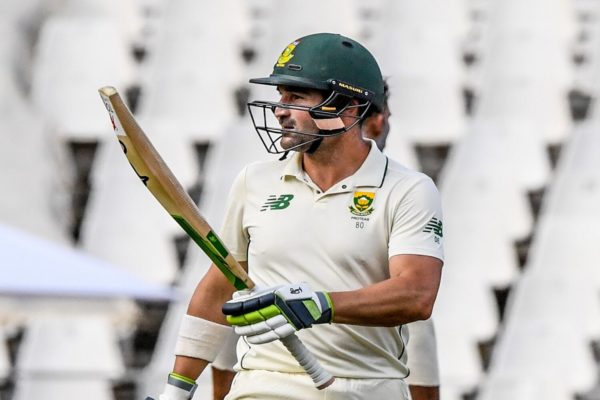 India arrived last week for their SA tour, which gets under way with the first of tree Tests in Centurion this weekend.

We take a closer look at the teams, the players, the tactics and the venues.

The Proteas won the series 2-1 the last time India toured South Africa in early 2018, in a hotly-contested series.

But they have lost much of their brawn from that series with the bulk of their attack – Dale Steyn, Vernon Philander and Morne Morkel – having retired and their powerful middle-order of Hashim Amla, AB de Villiers and Faf du Plessis also no longer playing.

From that 2018 series, only six players are still in the Proteas squad – Dean Elgar, Aiden Markram, Keshav Maharaj, Kagiso Rabada, Quinton de Kock and Lungi Ngidi – and there are fitness doubts over Ngidi, who has bowled only seven competitive overs since July.

ALSO READ: No spectators allowed at Proteas matches against India

India are missing, due to injury, the combative all-rounder Ravindra Jadeja and Rohit Sharma, one of their leading batsmen in recent years. Rohit is their highest-ranked Test batsman at No 5, but India still have plenty of batting muscle with four others in the top 20.

Jasprit Bumrah (11th) and Mohammad Shami (18th) will be the pace enforcers with the ball for India, but off-spinner Ravichandran Ashwin, number two in the rankings, is likely to be a major threat in the third and final Test at Newlands.

The same three grounds used in 2018 will be hosting the Tests again, but this time in a different order: SuperSport Park hosts the opener from Boxing Day, followed by the New Years Test at the Wanderers and then the series ends in Cape Town from January 11.

Batsmen found it hard to dominate in 2018 with India captain Virat Kohli and current Proteas skipper Elgar the only batsmen to average over 40.

Hopefully the pitches in use this summer will provide a more even battle between bat and ball. Pitches with more even bounce would also be good because in 2018, the team that won the toss and batted first won all three matches, with terribly inconsistent bounce blighting the fourth innings.

While Anrich Nortje has been ruled out due to injury, South Africa’s attack will be led by out-and-out fast bowlers Kagiso Rabada and Duanne Olivier, making liberal use of the sort of short-pitched bowling Indian batsmen are generally not as used to facing and which has proven successful at both Centurion and the Wanderers.

Lanky left-armer Marco Jansen also has plenty to offer in terms of pace and bounce.

Not that India’s pacemen are going to be at all generous to a South African batting line-up that has struggled to inspire in the last couple of years.

If there is any assistance from the conditions, the tourists will find it with the new ball and they are also very effective practitioners of reverse-swing.