Colin de Grandhomme’s brilliant 120 not out kept the Black Caps in the game as he lifted them to 293 all out in their first innings. 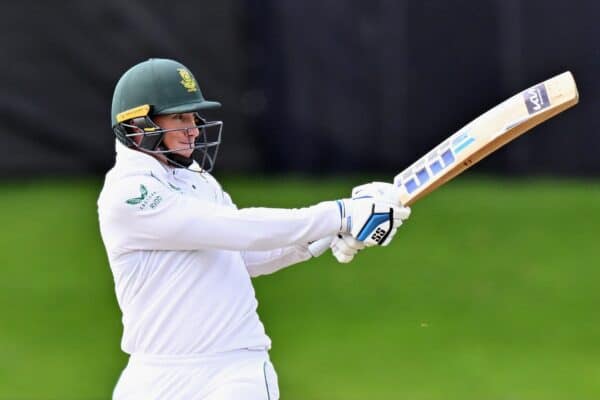 Rassie van der Dussen had to weather a torrid start to his innings and then a spiteful burst of short-pitched bowling from former team-mate Neil Wagner, but the phlegmatic 33-year-old still managed to top-score for South Africa on another gripping day of the second Test against New Zealand in Christchurch.

Van der Dussen’s 45 helped shore up the middle-order, after Tim Southee had dismissed both openers with just 23 runs on the board, adding 65 for the fourth wicket with Temba Bavuma (23). The Proteas ended the third day on 140/5, with a lead of 211.

“We went out with a useful lead and tried to play on the front foot, looking to score, but New Zealand have a world-class attack and they really don’t give you much,” Van der Dussen said.

“I myself was a bit more streaky than I usually am at the start of my innings and Neil then bowled a brilliant spell of short ones, which unfortunately got me out.

“Fourteen years back, when I made my first-class debut for Northerns, we were in the same team. I knew his plan and he knew that I was not going to leave any short balls. There were runs there to be had.

“So it was me or him and I just needed to last one or two overs more and I would have won the battle. But he has a big tank and well done to him. I’m sure it was entertaining to watch.”

Colin de Grandhomme’s brilliant 120 not out had earlier kept the Black Caps in the game as he lifted them to 293 all out.

Kagiso Rabada, who took 5/60, and left-arm spinner Keshav Maharaj were the only bowlers to keep him contained for long though, and Van der Dussen said they would be the pair the Proteas would probably be calling on in the fourth innings to win the game and level the series for South Africa.

“It would be really encouraging if we can strike early again in their second innings, and the way they played Kesh in the first innings, I think he is really going to come into it in the fourth innings,” Van der Dussen said.

“If we can bat through the first session tomorrow (Monday), then we will be in a great position and any lead above 270 we would be reasonably happy with.

“We’ve got to give Kesh the chance to really get into the game and hopefully the pitch will deteriorate. KG also plays a big role for us. He doesn’t miss his lines and lengths much.

“KG asks lots of questions, he can swing the ball and he has a good bouncer and a good yorker. The team looks to him to win matches for us and he knows it. He takes responsibility, and he knows that if he takes wickets then we win Tests.”