"My dad has had a long and successful innings (in racing), but he has made the decision to no longer have horses racing in his colours," said his son, Erich. 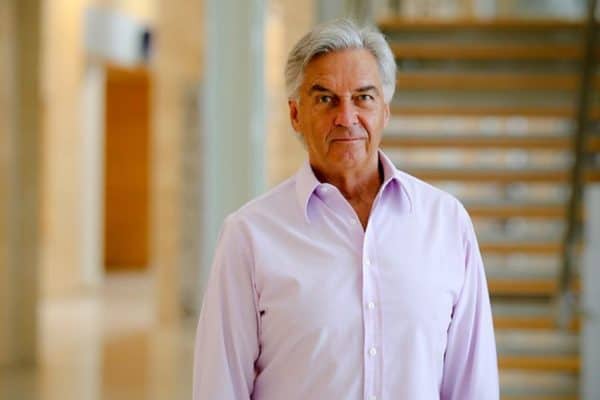 Van Niekerk’s blue and red colours are ubiquitous on local racetracks, with his runners numbering well into the hundreds. Sean Tarry at Randjesfontein was his principal trainer from 1998 and won the Durban July twice for him – in 2012 with Pomodoro and 2013 with Heavy Metal. Tarry’s multiple champion trainer titles were built on a foundation of Van Niekerk’s patronage.

The businessman’s decision was made public by his son Erich in an interview with his friend Business Day racing writer David Mollett.

Erich van Niekerk was quoted saying: “My dad has had a long and successful innings (in racing), but he has made the decision to no longer have horses racing in his colours.

“He has given all his horses that are in training with Sean Tarry Racing to Sean. He will, however, maintain his breeding interests, notably with Klawervlei Stud.”

Meanwhile, five-time South African champion trainer Geoff Woodruff, who retired in 2020 and handed over to daughter Lucinda, has announced a surprise return to the game – in Mauritius.

Woodruff, 65, told Sporting Post this week that he would be taking over the string of leading Mauritian owner Jean-Michel Lee Shim at a brand-new private training centre north of the island’s capital Port Louis.

“It’s a very exciting venture and an ambitious concept with big plans to race in various international jurisdictions,” the conditioner popularly known as “The Guv” told Sporting Post.

“Carol, my wife, and I are looking forward to the exciting challenge,” he said, adding that he had received a similar offer from interests in the growing racing jurisdiction of Saudi Arabia.

“From a lifestyle perspective, we opted for Mauritius over Saudi, and the island’s location also lends itself to launching raids into Dubai and Hong Kong.”

The new training centre is still being built, with 150 boxes already completed. “The tracks are being laid out and I will be contributing to the specific design on arrival.”

Woodruff has already purchased yearlings to be shipped to Mauritius, reported Sporting Post. “We are aiming at buying quality horses here that could be competitive internationally.”

South African jockey Derreck David, who has become a fixture in Mauritius in recent years, will join the Woodruff operation as stable rider.