With much of the world still paralysed by Covid-19, and Tokyo under a state of emergency, the doubting voices are growing louder. 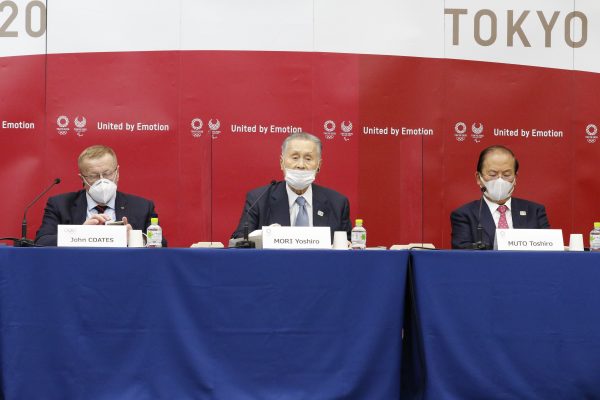 When the Tokyo Olympics were postponed last year, officials promised they would open in 2021 as proof of mankind’s triumph over the coronavirus.

But six months before the rescheduled start, victory over the virus remains distant, and fears are growing rapidly that the Games may not take place at all.

Publicly, organisers are still adamant the Games can go ahead, and say they can be held safely even if the virus is not under control by the time the flame is lit on July 23.

“It’s precisely because we’re in this situation that we need to remember the value of the Olympics -– that humankind can coexist peacefully through sport,” Tokyo 2020 CEO Toshiro Muto told AFP.

However, with much of the world still paralysed by Covid-19, and Tokyo under a state of emergency, the doubting voices are growing louder.

Former London 2012 deputy chairman Keith Mills this week said he thought the Games looked “unlikely” to happen, while British Olympics legend Matthew Pinsent said it was “ludicrous” to go ahead.

The long path to Tokyo’s second Summer Games has been littered with obstacles, from bid bribery allegations to fears over the summer heat.

But none has loomed as large as the pandemic, which last March forced the first peacetime postponement in modern Games history.

In Japan, whose emergency measures cover greater Tokyo and other parts of the country, public disenchantment is rising.

A poll this month found 80 percent of respondents opposed hosting the event this year, with 35 percent favouring outright cancellation and 45 percent calling for further postponement.

The Australian Open tennis Grand Slam has underlined the complexity of organising international sport in the pandemic, with major problems bringing in players and keeping them Covid-free.

“It’s been really eye-opening here in Melbourne to see and hear the amount of logistical challenges and the scale of trying to organise just a tennis event in the current situation,” said Gordon Reid, the British wheelchair tennis player and Paralympic gold-medallist.

“You’ve got to multiply that by a thousand when it comes to the Olympics and Paralympics because they are on another scale.”

Tokyo 2020 chiefs say another postponement is “absolutely impossible”, meaning the Games will be cancelled if they cannot go ahead this year.

They are pushing ahead with a raft of coronavirus countermeasures intended to ensure a safe Games, even without vaccines which remain non-mandatory for athletes.

A 53-page interim report released in December outlines measures including a ban on supporters cheering, regular testing for athletes and limited stays at the Olympic village.

Much is still undecided though, including a decision on how many spectators will be allowed — if any.

The coronavirus has taken a considerable financial toll, with some studies rating Tokyo as the most expensive Summer Olympics yet.

Anti-virus measures and other delay-related costs have added 294 billion yen ($2.8 billion) to the price tag, which has ballooned to at least 1.64 trillion yen ($15.8 billion).

Efforts to reduce costs by cutting back on athlete welcome ceremonies and other trimmings have produced only minimal savings, though organisers say they have managed to keep all domestic sponsors on board.

Meanwhile many athletes are still sweating on qualification, with several events outstanding. Disruption to training and competition schedules is also causing huge uncertainty.

However, plans to start the nationwide torch relay in March remain on course, with social distancing measures set to be enforced.

Japan is now desperately hoping it does not lose another Olympics — following the cancellation of the 1940 Summer and Winter Games because of war.

Cancellation would deal a serious blow to the Olympic movement and Japan’s national pride, not to mention the huge financial impact on both Tokyo and the IOC.

Tokyo 2020 chiefs are betting the public mood will begin to swing in the Games’ favour in the months ahead, when winter is over and vaccinations ramp up.

But the clock is ticking. Japan has yet to approve a coronavirus vaccine, but Prime Minister Yoshihide Suga has said he hopes the first jabs can begin in late February, with health workers and the elderly expected to be first in line.

Reports say the rest of the Japan will start receiving vaccines in May — just two months before the Games start.