"I'm a huge underdog on paper... but it doesn't matter what the circumstances are, I always believe." 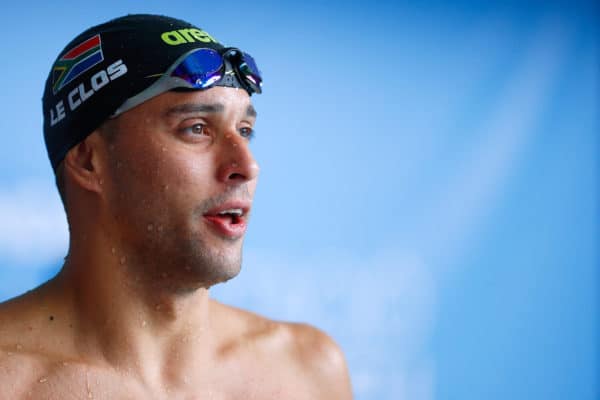 Chad Le Clos of South Africa says he may be older than his competitors at the Tokyo Olympics but he still believes he can win a medal this year. Picture: Eric Alonso/Getty Images

Nine years after he stunned American legend Michael Phelps to win gold at the 2012 London Games, swimming star Chad le Clos hopes to shock the favourites once again by returning to the podium at the Tokyo Olympics.

Le Clos has bagged four medals (one gold and four silver) at the last two editions of the multi-sport Games, becoming the country’s most decorated Olympian.

At the 2019 World Championships, however, he had to settle for two bronze medals, with American swimmer Caeleb Dressel and Hungarian Kristof Milak breaking Phelps’ 100m and 200m butterfly world records to win gold.

And after emerging from the coronavirus lockdown, Le Clos admitted this week his preparations had been affected by the pandemic.

ALSO READ: SA’s marathon runners will always be in the mix

“If you asked me a couple of months ago, I didn’t know if we would make it here, to be honest,” said the 29-year-old swimmer.

“I’ve been in nine different countries in the last couple of weeks, with quarantines and travel restrictions.

“It’s been a bit of a nightmare, but I’m very grateful to be here.”

Le Clos, who carried the SA flag with women’s hockey captain Phumelela Mbande at Friday’s opening ceremony, dropped the 200m freestyle from his schedule ahead of the Games, in order to focus on the 100m and 200m butterfly events.

He was preparing to open his campaign in the 200m heats on Monday afternoon.

“I got dealt a hand this year and I’ve played the hand I got as best I could,” he said.

“I can’t promise gold, or even medals, but I promise I’ll fight right to the end.”

ALSO READ: No luck for Team SA on Day One of Tokyo Games

Le Clos admitted it would be a surprise if he outclassed some of his younger opponents, but this had done little to affect his confidence.

“Every time I get on the block I want to win,” he said.

“That’s been my mentality since I was a kid, so I want to go for broke.

“I’m a huge underdog on paper… but it doesn’t matter what the circumstances are, I always believe.”