The Blitzboks, among the favourites in the rugby sevens tournament, were eliminated in the quarter-finals. 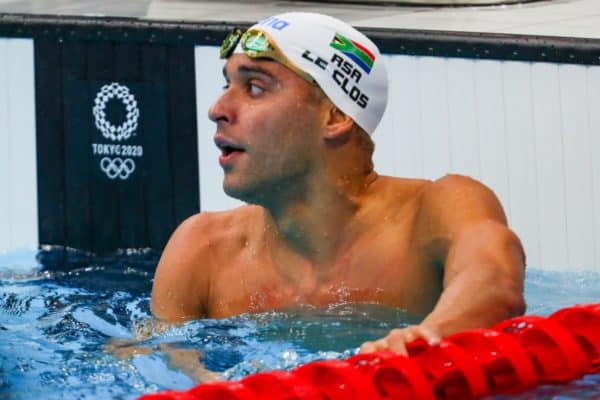 Former Olympic champion Chad le Clos kept his hopes alive in an attempt to return to the podium, storming into the final with a solid performance at the Tokyo Games on Tuesday.

After sneaking into the 200m butterfly semifinals, grabbing the last available spot, Le Clos won his race in the penultimate round in 1:55.06.

Though he was nearly three seconds off the pace of world record holder Kristof Milak of Hungary, who was quickest in 1:52.22, Le Clos progressed with the third fastest time.

He will turn out in the final on Wednesday morning (3.49am) as he looks to return to the podium after winning gold at the 2012 London Games and finishing fourth at the 2016 Rio Games.

“I might have taken things for granted a bit yesterday (in the heats), maybe came in a bit sloppy, and I paid for it, so I guess I was lucky,” Le Clos said.

“Today I made sure I was in the final, and we’ll see what happens.”

Meanwhile, though swimmer Tatjana Schoenmaker and surfer Bianca Buitendag earned silver medals in their events, the rest of the SA team struggled on day four of the Tokyo showpiece.

The Blitzboks, among the favourites in the rugby sevens tournament, were eliminated in the quarter-finals.

After going unbeaten in the pool stages, the national squad’s medal hopes were crushed by Argentina as they fell in a 19-14 defeat and missed out on a place in the semifinals.

The SA men’s water polo team continued their battle, going down 20-3 to the United States in their second straight defeat.

On the hockey pitch, the national men’s side lost 9-4 to Belgium in their third successive defeat of the Games.

In the women’s triathlon, Simone Ackermann finished 17th, while Gillian Sanders was lapped and did not complete the race, which was won by Flora Duffy of Bermuda.