Wayde hopes to shine again in Tokyo: ‘The door is wide open’

Van Niekerk has run only five 400m races since he won his second world title in London in 2017. 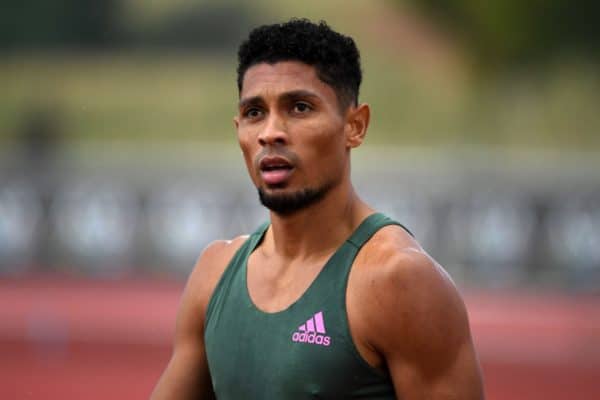 Five years ago, heading into the 2016 Rio Olympics, Wayde van Niekerk was among the favourites based on his superb form.

Now, as he prepares to defend his 400m title at the Tokyo Games, he will line up as one of the dark horses.

Questions that may be asked of him by others, however, have done little to shake his confidence as the 28-year-old sprinter gears up for the first-round heats on Sunday afternoon.

“Compared to Rio, this is totally different,” Van Niekerk said this week from the athletes’ village in Tokyo.

“Back then I had way more races and competition exposure. Now, there have been issues with Covid and inconsistencies with my body, but I have a lot more experience than I did then, and I think that makes a big difference.

“So there are pros and cons, but I believe I’m in a good position now and the door is wide open.”

ALSO READ: Simbine’s got a real shot at 100m glory

Van Niekerk has run only five 400m races since he won his second world title in London in 2017.

And while he has clocked some quick times over shorter distances since making his comeback from a serious knee injury last year, questions have been raised about his ability to compete over three rounds at the Games, and his season’s best of 44.56 in Madrid last month didn’t reveal much.

Adding to the uncertainty over his condition, he withdrew from a recent meeting in Hungary due to cold weather.

But he insisted that was just a precautionary measure, and he was pleased with the warmer conditions in Tokyo.

“The conditions here are great for fast times,” he said.

“Everyone has put in the hard work. Now it’s just about displaying it.”

Since he was sidelined by injury, six other men have run under 44 seconds in the 400m event.

But it seems unlikely that his world record of 43.03 will be challenged in Tokyo, and if Van Niekerk has the stamina, he could return to the podium.

If he can have his way, that’s exactly what the history books will reflect.

“That’s why I’m here,” he said with a sense of quiet confidence.

“I’ve already taken up the challenge by being here at the Games, and now I want to be competitive.”