Shaun Maswanganyi was the best of the lot, finishing fourth in his 200m semifinal in 20.18. 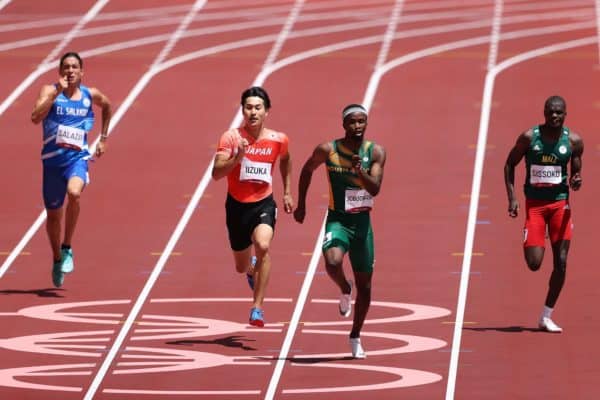 SA sprinter Anaso Jobodwana (in the green) in action in the 200m in Tokyo. Picture: Christian Petersen/Getty Images

South Africa’s fastest athletes continued their struggle on Tuesday, allowing another potential podium chase to slip through their fingers at the Tokyo Olympics.

With Akani Simbine having narrowly missed a medal in the 100m final at the weekend, finishing fourth, and Wayde van Niekerk crashing out in the 400m semifinals on Monday, the country’s 200m athletes were also eliminated in the penultimate round of their event.

While national record holder Clarence Munyai, 20-year-old prospect Shaun Maswanganyi and experienced campaigner Anaso Jobodwana had all qualifed for the 200m semifinals, they all bombed out ahead of Monday’s final.

Maswanganyi was the best of the lot, finishing fourth in his race in 20.18, just 0.08 outside a spot in the medal contest.

Munyai took sixth place in his semifinal in 20.49, while Jobodwana ended eighth in his race in 20.88.

The SA sprint contingent’s medal hopes will now rest on the relay squads.