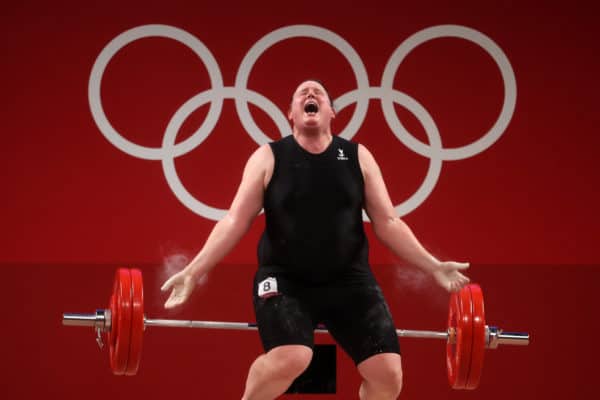 Transgender weightlifter Laurel Hubbard has announced she will retire in the wake of her groundbreaking appearance at the Tokyo Olympics this week.

The New Zealander on Monday contested the +87kg category weightlifting, in a debut the International Olympic Committee (IOC) described as the first appearance by an openly transgender woman at an Olympics.

While her appearance on sport’s biggest stage was short-lived — an “overwhelmed” Hubbard failed to complete a successful lift — it was hailed by trans activists as a historic occasion for a marginalised community.

It also sparked a firestorm of debate about transgender participation in women’s sport.

The intensely private Hubbard said she was now ready to step away from the spotlight.

“My involvement in sport is probably due, if nothing else, to heroic amounts of anti-inflammatories, and it’s probably time for me to start thinking about hanging up the boots and concentrating on other things in my life.”

Hubbard praised the IOC for showing “moral leadership” in adopting inclusive polices that allowed her to participate at the Games.

“I’m not sure that a role model is something I could ever aspire to be, instead I hope that just by being I can provide some sense of encouragement,” she told reporters.

Critics argue athletes such as Hubbard, who was born male and transitioned to female in her 30s, have physical benefits hardwired into their bodies during their formative years.

These include greater muscle mass and lung capacity, leading to fears that female-born athletes could be forced to compete on an uneven playing field.

The IOC, under guidelines adopted in 2003, only allowed transgender participation for athletes who had undergone gender reassignment surgery but dropped the requirement in 2015, instead focusing on lower testosterone levels.

The governing body is set to release new guidelines on the issue after the Tokyo Games are completed.

Hubbard said she welcomed the discussion about the issues her debut had highlighted.

“I’m certain that a conversation needs to be had,” she said.

“Although we have rules at the moment, they will no doubt change and evolve as more is known about transgender athletes and what that means for participation in sport.”