The exciting centre is wary though of becoming complacent as there are now targets on all their backs in this year's Super Rugby campaign. 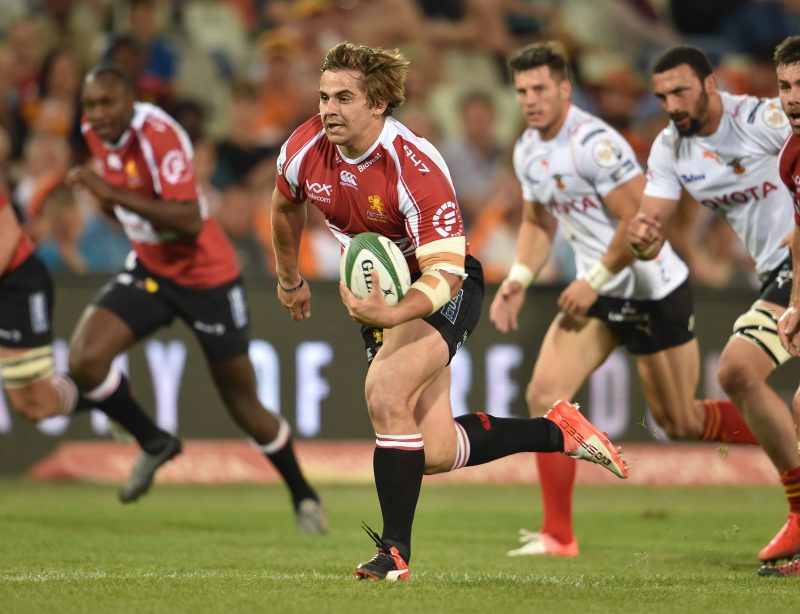 Powerfully-built Springbok centre Rohan Janse van Rensburg knows what makes the Lions tick and doesn’t need any convincing to buy into their dream.

In fact, ahead of Saturday’s Super Rugby opener against the Cheetahs in Bloemfontein, the 22-year-old playmaker will be one of the most important figures in the Lions’ drive towards that dream.

“We play to inspire people and not for yourself. The camaraderie and belief and support for each other is just awesome,” he said.

“As a Lions team we want to improve as a whole. It doesn’t matter whether you play a New Zealand or Australian side, we always want to play our brand of rugby. That’s our only focus.”

The Lions surprised all and sundry in 2016 with a brilliant campaign, where they finished as runners-up and scored the most points.

As a result, the only possible way to exceed last season’s high standards is to, well, win the tournament.

For Janse van Rensburg though, it’s about maintaining a balance: improving without putting unnecessary pressure on oneself.

“But returning to the Lions camp is always special, there’s a warming feeling that you can’t experience anywhere else. I’m looking forward to the new season, it’s going to be exciting.”

Not that the Lions can expect to merely rock up and start the season well against their provincial neighbours, who are the Currie Cup champions.

“We are really looking forward to the first game against the Cheetahs. It’s going to be again a long season and the first game is always a good measure where you stand as a team,” said Janse van Rensburg.

But it’s not just possible “second-season syndrome” that Johan Ackermann’s troops need to guard against.

They are also now a group of players whose stock has risen as they gradually become international players.

Janse van Rensburg himself became a Bok at the end of last season and admits that will create more challenges.

“Now that you have achieved something, people start looking more at you with a magnifying glass,” he said.

“It’s a great challenge, pressure is not something  that must drive you into the ground, you have to rise above that.

“I don’t see it as pressure but rather as a nice test and challenge as a player. It also helps you realise the imporantce of performing as a collective again.”

No less than five specialist centres have been included in the Lions’ Super Rugby squad.

“Every day when you train you have to be at your best. You know that if you didn’t have a great session or game, there’s a chance you might not play,” he said.

“It keeps you on your toes and ensures that you know everything you should know and do what’s expected of you on the park.”