South Africa's franchises from the Cape spring a few surprises with their teams for the opening weekend of Super Rugby. 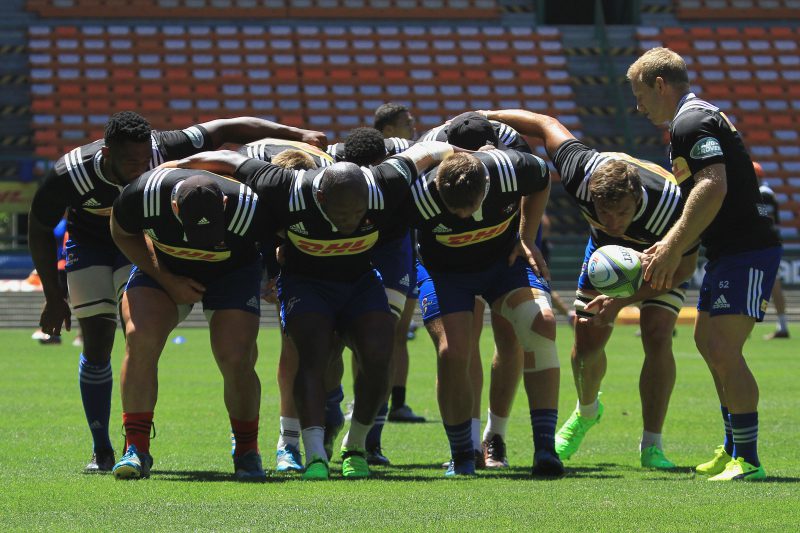 The Stormers have picked their less mobile front row to tame the Bulls in the scrums. Photo: Ziyaad Douglas/Gallo Images.

The Stormers have “solved” their headache at fullback by picking their pocket-rocket, Cheslin Kolbe, at wing.

It was widely expected that Robbie Fleck, the Capetonians’ coach, would resort to this strategy for Saturday’s Super Rugby meeting with the Bulls at Newlands.

The 23-year-old Kolbe is leaving the Stormers for France at the end of the season, prompting the franchise to sign the experienced SP Marais as replacement,

But Marais performed so well in the pre-season that Fleck had no choice other that to try and accommodate both.

The untimely injury to Juan de Jongh means the Stormers have to shift the 21-year-old fullback EW Viljoen to partner Bok Damian de Allende in midfield.

Exactly how that dynamic will work remains to be seen, especially against settled direct opponents in Dries Swanepoel and Burger Odendaal.

** Meanwhile, the Kings go into their match against the Jaguares in Port Elizabeth with four new caps.

Notably, the lock pairing of Irne Herbst and Mzwanele Zito is both loan players from the Bulls and Griquas and illustrates the lack of depth in the position in the province.

Nonetheless, some might argue it’s an opportunity for them to grow.

One highlight is a powerful and experienced front row in captain Schalk Ferreira, Mikey Willemse and Ross Geldenhuys.

The Kings will certainly need them to fire against the Argentinians, who are known for their scrumming power.

“They will probably be the strongest scrummaging side in the competition. We have worked extra hard on it with Coach Deon Davids and Springbok forwards coach Matt Proudfoot as well, who came on an on-and-off basis,” said Ferreira.

“Technically, we have put in the work on the scrums.”