The governing body takes a bold if belated step to try and keep some players from chasing foreign currency but it's not perfect. 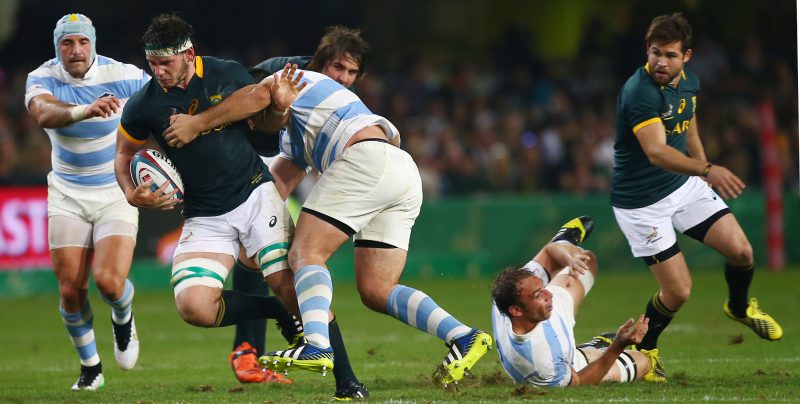 Will Marcell Coetzee be picked against France so that he can rack up 30 Tests before Saru's new rules take effect? Photo: Steve Haag/Gallo Images.

Numerous local players earning their keep at foreign clubs won’t be able to play for the Springboks unless they return home.

The South African Rugby Union (Saru) on Friday confirmed that no overseas-based will be able to represent the national side unless they’ve played more than 30 Tests.

Also read: Why the Bulls hit the jackpot with, well, ‘Jackpot’

Various critics of the massive exodus of local players believe the step was long overdue as South Africa needed to take some form of control.

“We are sending a message to young players that if they wish to play for the Springboks, then they must remain in South Africa,” said Mark Alexander, Saru president.

“But we have also retained flexibility. The coach can select exceptional players who may be based overseas provided they have a proven track record of 30 Tests for the Springboks.”

The threshold of 30 Tests could become controversial.

It would mean established internationals such as Duane Vermeulen, Bryan Habana, JP Pietersen, Francois Louw, Francois Hougaard and Willie le Roux could all still be picked.

The problem comes in with other younger stars still considered the future backbone of Springbok rugby.

The 25-year-old has played 28 Tests to date, meaning he would be ineligible.

However, there is a potential loophole.

Saru have set 1 July as the start date for the new rule.

That would mean Allister Coetzee, the Bok coach, could select Coetzee for June’s three Tests against France, allowing him to reach 30 Tests.

He would then be able to continue picking him instead of trying to lure the flanker back at massive cost.

It’s not the case with players such as scrumhalf Cobus Reinach – who this week confirmed a deal with Northampton – and props Steven Kitshoff and Vincent Koch.

Kitshoff though is reportedly being brought back to South Africa through a national contract.

“How to balance the need to select the strongest possible team against the challenges of having such a large number of players based overseas has been a subject of long debate in our game,” said Alexander.

“We have made this change in what we believe are the best interests of the Springbok team but we will review it periodically in conjunction with the national coach.”