Rohan Janse van Rensburg delivers a performance worthy of dedication to his late mother as the home side put eight past a hapless Waratahs. 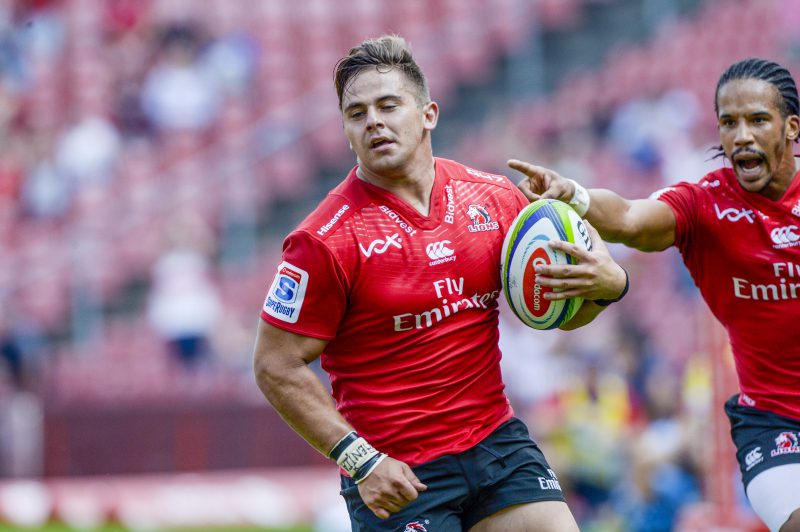 In a game where 91 points and 13 tries were scored one can safely say defence wasn’t a priority.

But at least it meant non-stop action at Ellis Park in a Super Rugby thriller between the Lions and the Waratahs on Saturday.

The hosts were never behind in the match but twice the ‘Tahs hit back to level matters.

The Lions eventually managed to pull away and ended up winning the Super Rugby match 55-36 and scoring a staggering eight tries.

Lions flyhalf Elton Jantjies, who showed glimpses of some of his best form, converted six of the tries and also added a drop goal for a personal haul of 15 points.

The 22-year-old play-maker decided to dedicate this game to his late mom, who passed away on Wednesday after a long battle with cancer.

He fully justified his decision to play despite the emotion as he completed a brace of tries.

Like the defending, discipline also wasn’t high on the agenda.

Three yellow cards were dished out with two going the way of the Tahs in the first half with wing Reece Robinson (tip tackle on Ruan Ackermann) and prop Sekope Kepu for collapsing the maul.

In the second half it was the turn of Lions lock Franco Mostert to go to the sin bin after he was penalised for killing the ball on the ground.

Soon after Mostert was dispatched, the ‘Tahs scored a fourth try through replacement flank David McDuling to reduce the Lions lead to 43-29 and created some flutters of anxiety.

However, the Lions once again pulled away with their seventh try by replacement Sylvian Mahuza in the 66th minute.

The eighth try belonged to replacement hooker Malcolm Marx to push the scoreline up to 55-29 before the visitors scored a 80th minute consolation effort through centre Israel Folau.

The first half was played at a blistering pace and it was evident that the Lions were also throwing their maul into their already full bag of tricks.

It served them well as they scored two tries with that tactic but some poor concentration let the Waratahs off the hook and kept them in the game for longer than it should’ve.