The Argentinians finally show they're a Test-quality side in nearly upsetting the high-flying hosts, who suffered from poor execution. 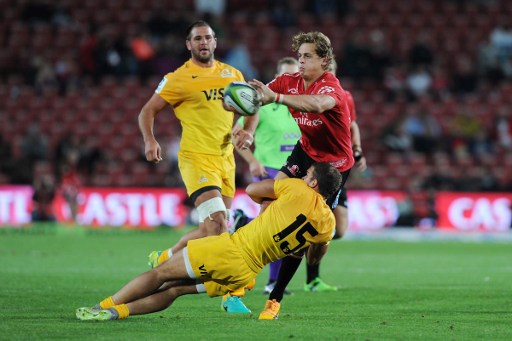 The Lions didn't have it their way at Ellis Park. Photo: AFP.

Phew, that was close!

The Lions scraped to a narrow 24-21 over a quality Jaguares outfit in Johannesburg on Friday evening.

After a high of last week’s superb win at Newlands, this was a timely reality check for coach Johan Ackermann and his troops.

Lions blindsider Ruan Ackermann eventually had a storming game, making 14 tackles, carrying well and scoring the match-winning try. Jaguares captain and hooker Augustin Creevy was typically shrewd and influential but it was lock Guido Petti that stole the show. His work-rate was simply immense and his support play excellent.

Will it be derby December for SA's URC teams?
2 mins ago
2 mins ago

Will it be derby December for SA's URC teams?
2 mins ago
2 mins ago