Coach Allister Coetzee is confident his charges are in far better shape than 2016 but he's still wary of the passionate Pumas. 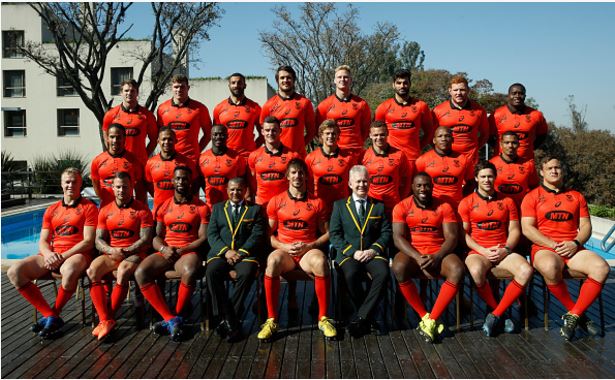 Springbok coach Allister Coetzee believes there is a clear plan of action for Argentina, who have decided to name Juan Martin Hernandez at flyhalf for Saturday’s Rugby Championship Test in Salta.

The “Red Boks” will be seen in the unfamiliar red jerseys as a one-off gesture of 25 years of unity in SA Rugby, but one hopes they won’t be left with red faces as well.

Pumas coach Daniel Hourcade dropped the experienced halfback combination of Nicholas Sanchez and Martin Landajo and replaced them with Hernandez and Tomas Cubelli as he made six changes after last weekend’s 37-15 defeat in Port Elizabeth.

Coetzee believes there is a clear indication that the Boks can expect an aerial bombardment.

“I do believe Argentina would have seen in Port Elizabeth that we were much more organised defensively than last year,” Coetzee said.

“And I believe they will kick quite a bit more and we simply have to be ready for that.”

With Francois Hougaard starting at No 9, pressure will be him to take the heat off flyhalf Elton Jantjies, while prop Coenie Oosthuizen must prove he can repeat last weekend’s performance, with the Pumas naming two new props.

The seating capacity of the Estadio Padre Ernesto Martearena is only 20 408 and Salta is situated in the northwest part of Argentina at the foothills of the Andes mountains, 1 152m above sea level.

“We must again show patience, hunger and the desire to execute our game plan,” Coetzee said, despite the side’s relative inexperience.

South Africa have played two Test matches against Argentina at this venue, with each team winning once.

The average score is 29-29, with both teams having scored five tries each in the two matches.

“This is going to be a different challenge, but I have no doubt the players will benefit and grow from every tough experience,” said the Bok coach.

“Our approach and preparation will be just the same as when we prepared for all our home Tests, and to control whatever we can control.”

The total Test caps for the Springbok starting line-up is 344. There are 120 caps in the backline and 224 caps among the forwards, with a further 113 on the bench.

The average age of the starting XV is 26.