The Free Staters once again show their never-say-die attitude to heap further misery on Swys de Bruin's embattled side. 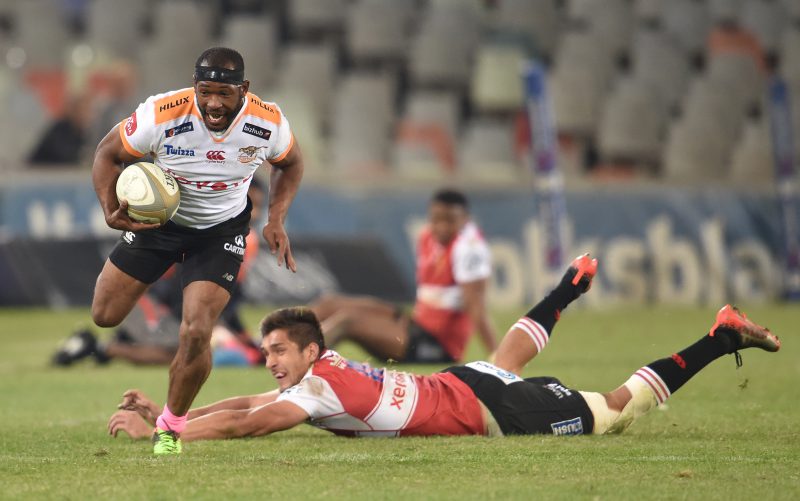 Exciting Cheetahs fullback Sergeal Petersen broke the Golden Lions hearts when he scored his team’s match-winning try in the dying seconds to hand his side a thrilling 30-24 Currie Cup win in Bloemfontein on Saturday night.

With the Lions leading by a single point at 24-23 with time on the clock finished, it was Petersen who dashed through the desperate Lions defence.

The Lions’ exciting winger Aphiwe Dyanti  similarly made a massive impact after he replaced Anthony Volmink in the first half.

First he set up the their second try in the 48th minute scored by replacement flank Hacjivah Dayimani and a minute later he was instrumental again in the Lions No 8 Fabian Booysen’s score.

While Dyanti is still inexperienced, he showed a lot of speed and intensity and is a prospect for the future.

Petersen was a danger on attack throughout the game and he created numerous problems for the Lions the entire night. He truly is a game breaker.