‘Flo’ Louw: I’m ready to excite with Kolisi and Cassiem

The veteran Springboks flanker is back in the national side for the clash against the Wallabies and wants to deliver something 'special'. 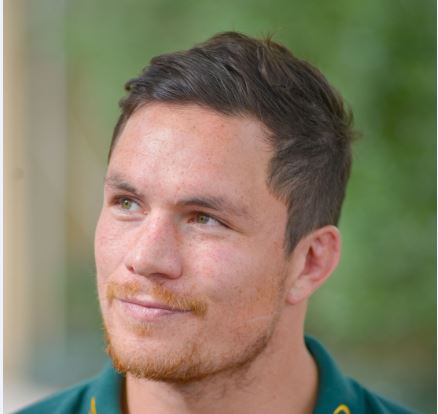 Returning Springbok flank Francois Louw is hoping the team can deliver something “special” to the suffering South African rugby supporters on Saturday.

South Africa face Australia in the Rugby Championship and Louw returns for the first time in almost a year.

In tandem with fellow flank Siya Kolisi and No 8 Uzair Cassiem, the Springboks’ loose trio will have to be on fire in the first rugby Test in the Free State since 2010.

“I’ve played with Siya quite a bit, it’s always great to play with him. I actually think he is phenomenal and has really come into his own,” said Louw.

“He is an explosive and exciting player on attack. Siya also gets the job done on defence.”

Despite Cassiem not being known as a flashy player like injured regular skipper Warren Whiteley, Louw believes Cassiem has done his job.

‘Uzair is a new guy that I haven’t played with, it was great to get to know him this week,” he said.

“I think he has done a pretty solid job as a No 8 stepping in for Warren. Hopefully we can do something special together.”

The Springboks’ selection policy has come under the spotlight as it’s clear that locally-based players are being preferred.

Louw is the only foreign-based player in the side currently but believes there is a place for overseas players.

The experienced 32-year-old has been in great form for English club Bath after a shoulder injury ruled him out of the June Tests and the start of the Championship.

“The way that my Test career has panned out is a challenge. After joining Bath in 2011 and being a non-contract Springbok, you pretty much takes it as it comes. Every opportunity is a great opportunity,” he said.

“My philosophy has always been to play as well as you can over there and give them every reason to select you.”