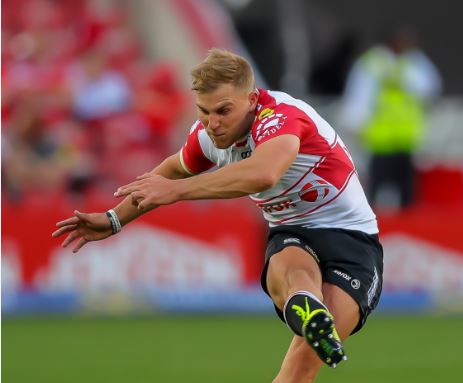 The Lions have moved quickly to quell fears over their depth at flyhalf after announcing Jaco van der Walt won’t be seen in the red-and-white next season.

The 23-year-old pivot was arguably the biggest name on the list of players whose contracts weren’t renewed.

“These things are a reality,” said Rudolf Straeuli, the Lions’ chief executive.

“The budgets are really tight in the current economic climate. People also need to realise that some of these cases aren’t necessarily cost-saving measures. Sometimes one simply couldn’t come to agreeable terms with a player.”

He’s always been highly rated by head coach Swys de Bruin, particularly for his ability to play fullback as well.

In fact, some observers believe that’s still his best position.

There had already been question marks about the Lions’ resources in the No 10 jersey at the conclusion of a successful Super Rugby campaign.

Springbok Elton Jantjies unquestionably remains the first-choice candidate yet he hasn’t had much competition.

“We’re not concerned over the flyhalf situation,” said Straeuli with customary calmness.

“We were in the same position last year when Marnitz Boshoff decided to leave for Connacht (in Ireland). We coped very well and we’re very confident we’ll fill the latest gap effectively.”

22-year-old Shaun Reynolds is currently still on the books despite earlier rumours that he’s on the Pumas’ wishlist but didn’t play much in the Currie Cup campaign.

Instead, it seems Ashlon Davids – after years on the fringes of the senior team – has a golden opportunity to become Jantjies’ deputy. 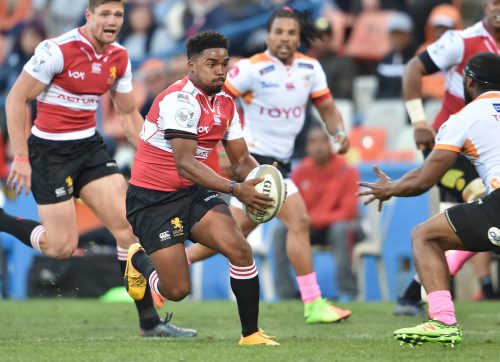 Ashlon Davids seems to be in the inside lane to be Elton Jantjies’ deputy. Photo: Johan Pretorius/Gallo Images.

The 24-year-old gradually found his feet during the Currie Cup.

Meanwhile, Straeuli also noted that various players whose contracts weren’t renewed will probably remain in the Lions’ system because they’ll turn out for Johannesburg’s respective universities in the Varsity Cup.

One potential bargain up for grabs though is utility forward Fabian Booysen.

Explainer: The retrenchment drama at the Bulls