Watch and learn is Dayimani’s mantra

The explosive young No 8 is expected to play an impact role in Saturday's Currie Cup semifinal in Durban. 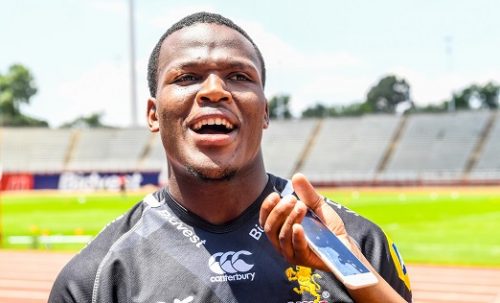 Hacjivah Dayimani of the Lions during the Xerox Golden Lions mixed zone at Johannesburg Stadium on October 16, 2018 in Johannesburg, South Africa. (Photo by Sydney Seshibedi/Gallo Images)

Set to “take notes” from the bench, ace No 8 Hacjivah Dayimani doesn’t mind taking a step back this weekend, especially to make way for Springbok and Golden Lions skipper Warren Whiteley.

While Whiteley is due to return as Lions skipper, giving the side a Bok boost for the Currie Cup semifinal against the Sharks in Durban on Saturday, Dayimani could play a decisive role in the second half.

ALSO READ: The new (and unexpected) heroes of the Currie Cup

“Even though I might start from the bench I see it as a big opportunity to see and learn what Warren does,” Dayimani said.

The Lions were well aware of how they lost the game in the first half on their last visit to Durban, when they trailed 30-7 at the break and eventually went down 37-21.

“The last time we were a bit inexperienced, but now we’ve got a bit of confidence and we, as youngsters, feel confident with guys like Warren being back.”

Dayimani, who was the second-highest Currie Cup try scorer this year behind Western Province’s Sergeal Petersen, said there were positive aspects in coming off the bench, which offered the opportunity to observe play and what the opposition was doing.

“Then I can exploit that when I come on after making make my ‘notes’,” he said.

“I haven’t really played with Warren as he was injured most of the time, but I watched him play and I feel I still have a lot to learn from him, especially how to understand the game better.”

Dayimani said, however, it would not work to “fight fire with fire”, and they should rather find their own way and stick to what had worked for them.

“The first 15 minutes are going to be very tough because they will have a lot of confidence, and we will just have to absorb the pressure,” he said.

“Personally I think it’s exciting times. It’s my second semifinal for the Lions at Currie Cup level and I see it as a way forward to prepare for Super Rugby next year.”