Sharks banking on Akker’s inside knowledge

The Springbok hooker cracks the nod for a starting place against his former teammates. 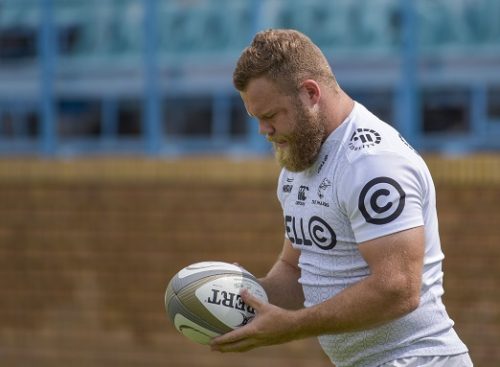 Sharks coach Robert du Preez is banking on a bit of inside knowledge when they take on the Golden Lions in Saturday’s first Currie Cup semi at Kings Park after picking Akker van der Merwe as his starting hooker.

The 27-year-old, who displaces regular skipper Chiliboy Ralepelle, served the men from Ellis Park with distinction before moving to the coast last year to escape the shadow of Bok talisman Malcolm Marx.

“That (selection) was a tough one,” Du Preez admitted.

“We’ve got two Springbok hookers in our squad. We just felt that Akker, given his history with the Lions, would be a good option to start with this weekend.”

In fact, this week’s selection meeting wasn’t a particularly pleasing experience due to the competition for places.

“It was probably one of the most difficult meetings we’ve ever had,” said Du Preez.

“Certainly for me from the last two years. There was a lot of debate over how we should pick our combinations. However, we felt that it’s best to pick the guys that have served us so well, especially the loose trio. We want continuity.”

Curwin Bosch and Robert du Preez jr also revert to their usual positions at 15 and 10 respectively after being the decision-making axis in Kimberley last week.

“I’ve always maintained that a flyhalf needs to be able to play at 12. I think the experiment worked. It’s definitely something we’ll consider going forward.”