The Currie Cup's only unbeaten side given an almighty scare as the Blue Bulls totally overturn their poor form going into the game. 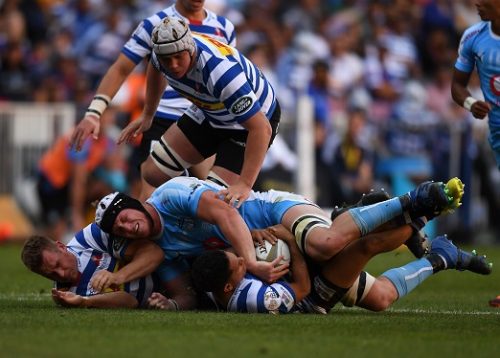 In an absolute ripper of a game, Western Province secured their first Currie Cup home final since 2014 by edging the Blue Bulls 35-32 in their semifinal at Newlands on Saturday night.

However, they had to do so after 20 minutes of extra time after a transformed Bulls side pushed them to the limit and made them look vulnerable for most of the contest.

Visiting outside centre Dylan Sage scored his side’s fourth try on the stroke of full-time, deadlocking the score at 32-all after Bulls flyhalf Manie Libbok missed the match-winning conversion.

A 13th minute penalty in extra time from Province wing SP Marais proved the eventual difference as two exhausted sides slugged it out without much reward.

Marais kept his team in the game with his unerring boot in a very challenging wind when the Bulls were threatening a stranglehold on the game. He ended with 30 points, including Province’s first try that launched their fightback.