Coach John Dobson questions some of the calls made in the epic Newlands semifinal, but also admits the Blue Bulls were superb. 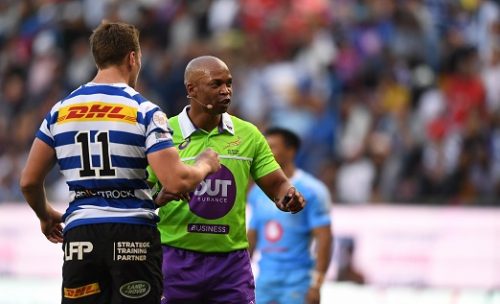 Western Province coach John Dobson tried in vain to contain his frustration with referee Egon Seconds after their
pulsating extra-time 35-32 Currie Cup semifinal win over a gallant Blue Bulls side at Newlands.

With wing SP Marais emerging as the big hero with 30 points, the victory set up a final this weekend against the Sharks in Cape Town.

It was set to be the fourth head-to-head cup decider between the two teams since 2012, with Province having won in Durban in 2012 and 2017, and the Sharks having lifted the crown at Newlands in 2013.

“Egon is a great referee, but we were frustrated with the off-side lines and every time the scrum went down,” Dobson said.

“But later it didn’t seem to really matter that much.”

“I think they probably did get away with a couple of things which are hard to referee,” Dobson said.

Dobson, however, credited the Bulls on a superb performance, in a game they could have won had the last-minute conversion of centre Dylan Sage’s try by flyhalf Manie Libbok not drifted wide.

“I thought they were excellent and a lot of credit must go to Pote (Human, Bulls coach) and his team,” he said.

“I thought being 6-0 up, if we got two scores ahead we would be okay, but then they scored twice and got their tails up, and they just kept coming back and back.”

With the Bulls outscoring the home team by four tries to two, Dobson said the game had taught him a few lessons, which could see a few tweaks to his side for the final on Saturday (4pm).

“This kind of game will benefit us in the final,” Dobson said.

“But going into extra time we were severely tested and learned a couple of lessons, maybe in selection as well as our kicking game, which was very poor.” 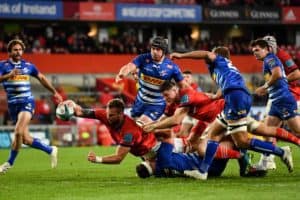 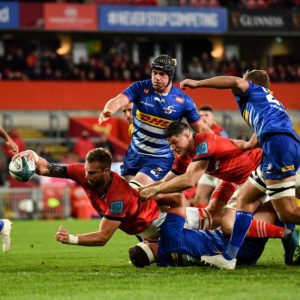