It's certainly going to be a nail-biting few weeks for the unlucky Lions skipper. 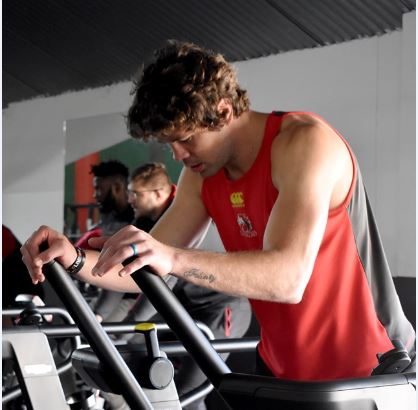 Injured Lions captain Warren Whiteley has targeted August 10 as his potential comeback game in an effort to make a last-ditch surge for a place in the Springboks’ World Cup squad.

The 31-year-old flanker, recovering from a bruised knee, is hoping to play a Currie Cup game against the Blue Bulls on that day.

Should things go according to plan, he could get fast-tracked into the national squad for the following week’s Test against Argentina.

“It’s going well so I’m looking at that last Test match at Loftus. Hopefully I can play a match and give myself a shot, I’m on track,” Whiteley said on Tuesday at the announcement of Emirates extending its Super Rugby sponsorship of the franchise.

“Fortunately or unfortunately I’ve been through a few injuries the last few years. Mentally I know what to do to be in the right frame of mind. I’ve never had a problem coming back from injury or not having confidence.”

Given the rash of injuries he’s suffered since being installed as Allister Coetzee’s national captain in 2017, it’s little wonder Whiteley has become mentally stronger.

“You can adapt and be better for it. There are no grey areas. I’ve learned what to do and what works for me, it’s either going to break you or inspire you.

“Rassie (Erasmus, Springbok coach) has his plans and I just want to give myself a shot. I’ve just been focusing on getting onto the field and once I’m there, things are out of my hands.

“I want to do everything that I can. One day, when I look back, I want to tell myself ‘listen Warren you did everything you could’.”

Following the positives that emerged from South Africa’s good start to the Rugby Championship last week, Whiteley joined the chorus in stating the squad is looking strong and that combinations are starting to form and gel.

It’s a pity though that he’s missing out on that process, but he’s also acutely aware of giving his body time to recover.

“When I first hurt the knee against the Chiefs (in April) it was a bone bruise, a small little hole in the cartilage. I probably came back a bit too soon and, playing against the Waratahs, I felt something snap. It wasn’t ligaments, the scan showed that the hole actually doubled in size.

“I went for a scan and had a microscope done after the doctor advised minor surgery. For now, it’s no contact training. The focus is just on the next five minutes.”