14-man Blue Bulls launch a heroic rearguard as the Sharks get back on track. 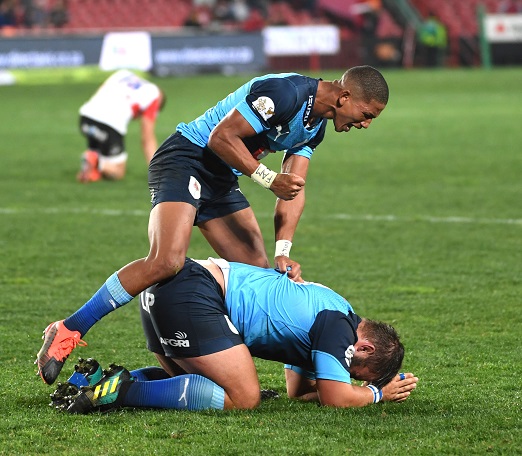 Elated Blue Bulls coach Pote Human praised his team’s character after their stunning 31-26 victory over the Golden Lions in their Currie Cup derby at Ellis Park over the weekend.

It was the Lions’ first defeat of the campaign, while the Bulls picked up only their second win.

“I take my hat off to the guys, to be down to 14 and twice to 13, and then the Lions came back, but we fought bravely to get the win.

“The pressure is off a bit but we’ve got just one more game left (in the round-robin stage) against the Sharks, so I basically asked the boys to just enjoy it.”

Lions captain Ross Cronje said the Bulls had been hungrier than their hosts.

“I felt we thought it was just going to happen for us on the day,” Cronje said.

“We never really got into our game plan and it was mistake after mistake.”

Despite the defeat, the Lions remained first in the table, in a tie with Griquas.

“It’s a learning curve and we’ve got two more games to come, so there’s still a lot to play for in this Currie Cup,” Cronje said.

“We just didn’t pitch up on the night and the Bulls must be complimented for a good performance.”

Though he was disappointed with the loss at home, Lions coach Ivan van Rooyen was relieved they managed to take two points from the match.

“It was a strange game,” Van Rooyen said.

“Well done to the Bulls. They were the more desperate side on the day, and we definitely created opportunities, but we couldn’t finish a lot of them.”

Earlier in the day, the Sharks beat the Free State Cheetahs with a last-gasp try, earning a 27-20 victory at Kings Park.

Play well in URC and Bok door will open, says coach Nienaber
4 hours ago
4 hours ago

Play well in URC and Bok door will open, says coach Nienaber
4 hours ago
4 hours ago