Cash van Rooyen believes the adversity of the Peacock Blues losing their inspirational coach make them hungrier for glory. 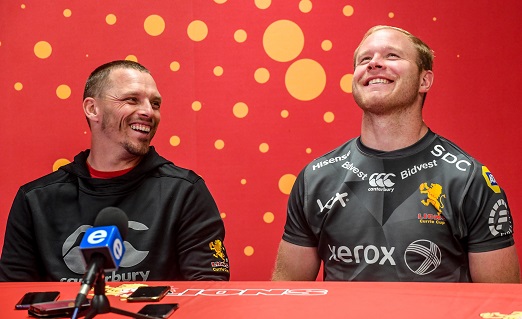 That was the potentially ominous point made by Golden Lions coach Ivan van Rooyen ahead of their Currie Cup semifinal against Griquas at Ellis Park on Saturday.

Van Rooyen, who stuck with the same side who beat Griquas 27-26 in Kimberley last week, expected both teams to come up with new plans and approaches for the rematch.

With centre Duncan Matthews being cleared after a head knock last week, Van Rooyen felt the continuity would assist them in the play-offs.

“It’s always nice picking the same side in terms of continuity,” he said.

“It’s three days longer that they have trained together, if you look at the bigger picture, and it hasn’t happened that often in this Currie Cup.”

With Griquas coach Brent Janse van Rensburg announcing his decision to step down after the competition, Van Rooyen believed the surprise move could give their opponents more reason to shine.

“They are a senior team and they have been playing together the whole year, so I don’t think it will have an effect on them.

“If anything, it will motivate them more. There will be reason for it and whatever it is will be fair.”

Bulls must 'adapt' or die, says White, after Edinburgh defeat
5 hours ago
5 hours ago

Everitt looks to Pienaar, Chamberlain to guide Sharks in Cardiff
20 hours ago
20 hours ago

Bulls must 'adapt' or die, says White, after Edinburgh defeat
5 hours ago
5 hours ago

Everitt looks to Pienaar, Chamberlain to guide Sharks in Cardiff
20 hours ago
20 hours ago