Kolisi paid his own way out of Western Province contract

Getting an early release from his contract may have cost Kolisi as much as a million rand. 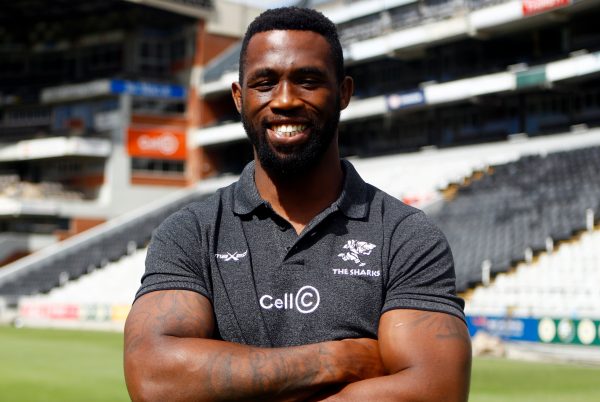 Siya Kolisi is now proudly a member of the Sharks franchise in Durban. Picture: Getty Images

Siya Kolisi’s contract with Western Province was due to expire only in October, but so desperate was the Springbok captain to join his management company in their new venture at the Sharks that he paid his own early-release fee.

Kolisi’s management company is the US-based Roc Nation and they are one of the partners in MVM Holdings, the new equity partners that have bought a 51% stake in the Sharks, and their sizeable investment will see the franchise now being marketed on a global stage.

ALSO READ: ‘I want to fight for my position’: A fresh start for Siya Kolisi

As one of the most recognisable faces in the sport, the World Cup winning captain is obviously a key role-player in those plans.

But while the Sharks are dreaming big, it is ironic that MVM Holdings initially approached Western Province to become equity partners, but they were snubbed. This by a union that is facing a real threat of bankruptcy.

Having been vocal in his support of the equity deal, it was always likely that Kolisi would leave the Cape, even though getting an early release from his contract may have cost him as much as a million rand. 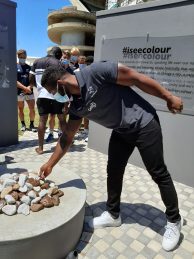 Siya Kolisi places his rock on the cairn at Kings Park, starting his journey with the Sharks in a relatively new tradition called Isivivane. Picture: Ken Borland

“It’s a huge honour and privilege for me to be part of the Sharks. One chapter has closed and I’m looking forward to a new chapter,” Kolisi said after completing his transfer on Wednesday.

“Western Province offered me an extension but I did not accept it. I decided to leave early so therefore I had to take care of the transfer fee for myself.