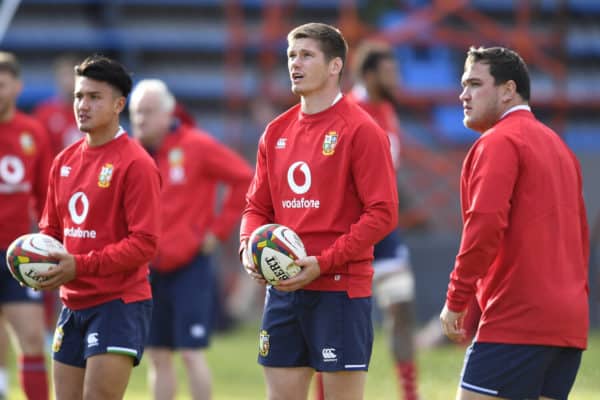 Winning a series against the Lions will be a bigger achievement for the Springboks than their 2019 World Cup triumph, says former Springbok coach Nick Mallett.

“To win a series from a rugby perspective is so much more than winning a World Cup,” Mallett said on SuperSport TV ahead of Saturday’s first Test at Cape Town Stadium.

Mallett said he understood the importance of the World Cup for South Africa as a nation — but added that the quality of the opposition the Springboks will face in the next three weeks was a bigger challenge.

“You play Japan, you play Wales, you play England,” he said, recalling South Africa’s opponents in the knockout stages of the last World Cup.

Then he outlined the task facing the world champions.

He said the clash between the world champions, with “a very good coaching staff, outstanding individuals and a tight spirit,” against a high-quality Lions team was an “absolutely mouth-watering” prospect.

Mallett said a lack of preparation was a serious problem for the hosts.

The Springboks have played only one Test, against Georgia on July 2, since the World Cup, with the only other comparable outing being the appearance of 16 of the Test squad of 23 for South Africa A against the Lions on July 14.

His concern was echoed by former Springbok flanker and 2004 World Rugby Player of the Year Schalk Burger.

“The biggest issue is mental mistakes,” said Burger. “There’s something about being battle-hardened physically when you play through a season, you get tougher as it goes on.

“There are the mental capabilities when you’ve been put under the pump a lot of times, (which) the Springboks haven’t for a long period of time.”

But Mallett said he was surprised by the Lions Test selection, which rewarded form on the tour.

“If I was picking a team to play South Africa, it’s the one team in the world you would pick according to the opposition.

“All of these (Lions) guys have got form against our provincial franchise teams and quite frankly we weren’t putting up massive resistance.

“They’ve picked players on form, but have they picked a side to beat South Africa?”

Burger said he was surprised the Lions had picked combinations which had not been tried in the matches leading up to the Tests.

“They have never picked a team they thought would start the first Test,” he said.