The Bok boss says the rookie loose-forward's big carries in the English Premiership were a big drawcard. 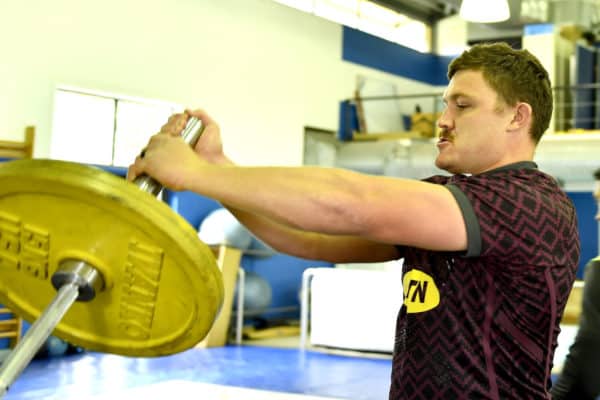 Jasper Wiese has a big job on his hands in the Springboks' second Test against the British and Irish Lions on Saturday. Picture: Ashley Vlotman/Gallo Images

Jasper Wiese will now be the man the Springboks turn to to wear the No 8 jersey and try and make up for the much-mourned absence of Duane Vermeulen.

Also, the much-criticised replacement of prop Ox Nche for the second half of the first Test against the British and Irish Lions has now officially been confirmed as being due to injury.

Nche, who held his own against highly-rated Lions tighthead Tadhg Furlong and was typically impactful in open play, will sadly miss the second Test on Saturday due to a neck injury he picked up towards the end of the first half. It has forced a rejigging of the Springboks’ front-row plans, with Steven Kitshoff and Frans Malherbe now the starting props.

Trevor Nyakane, who also did well last weekend, will now cover loosehead from the bench, with Vincent Koch brought in as the tighthead reserve.

But scrummaging was not the Springboks’ major issue in the first Test defeat. In the second half they were exposed in the aerial battle and there was little explosive gainline work either.

Wiese, who has been a superb offensive ball-carrier for Leicester Tigers, will hopefully be able to bring some improvement in both problem areas.

“Jasper has been part of our plans and he could form a nice combination with Kwagga Smith coming off the bench too and able to play to his strengths. His main role will be the same as Kwagga’s last week – to get and stop momentum and he was Player 24 last weekend,” Nienaber explained on Monday when he named his team for the second Test.

“He’ll have another week of preparation now to get used to how we do things.

“He did very well in the Premiership, his carries were so dominant. Tactically I was probably not sharp enough last weekend to protect Kwagga on the high balls, he was hung out to dry a bit. So we have changed things around there and we want to see from Jasper what got him into the squad.

“We just needed to improve on how we handled the contestable kicks in the second half,” Nienaber added.

Smith and Marco van Staden both coming off the bench are certainly two high-energy players and the Springboks have returned to the 6/2 split on the replacements bench they used so successfully in winning the World Cup. That makes Damian Willemse the key backline substitute, fulfilling the role of the veteran Francois Steyn in Japan in 2019.

“Damian has participated in all of the warm-up games and has had time at 12, 15 and 10, similar to what Frans Steyn gave us,” Nienaber said. “He’s versatile and we’ve introduced him into the various roles. We’re comfortable that he can slot into all three of centre, fullback and flyhalf.”