Seasoned men like Marcel Coetzee, Lionel Mapoe and Juan de Jongh will all be in action this weekend. 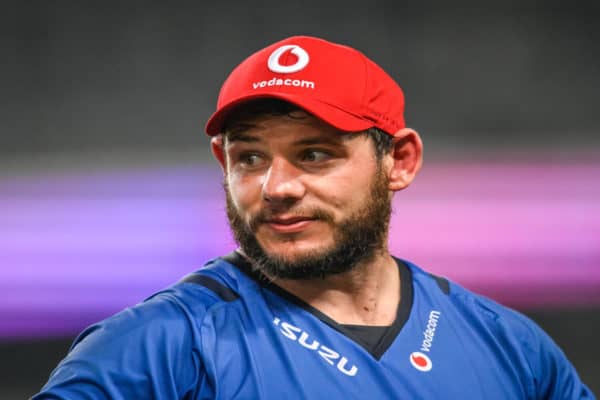 Bulls captain Marcell Coetzee is back in action this weekend after being sidelined with illness in recent weeks. Picture: Christiaan Kotze/Gallo Images

The Currie Cup is back this weekend with three big matches kicking off before the Springboks host the British and Irish Lions in the second Test at the Cape Town Stadium on Saturday evening.

It is also the start of the second round and there’s plenty to play for with semi-final spots on the line.

The main focus will be on the big north-south derby on Friday evening when Western Province host the Blue Bulls at Newlands (7pm) – a change of venue because of the Boks-Lions match at Cape Town Stadium on Saturday.

Jake White’s Bulls have been impressive again in recent weeks and there is justified excitement around Johan Goosen playing at No 10 and the former Lions midfield partnership of Harold Vorster and Lionel Mapoe teaming up in the centres.

Also this week, Marcell Coetzee is back to lead the side, while Lizo Gqoboka is also back.

And what a battle they’re set to have against their opponents from the Cape, with stalwart Juan de Jongh back in the starting team and handed the captaincy armband.

Deon Fourie, another former WP veteran who’s returned to the Cape after a spell abroad, is also back in the mix and on the bench this week, as is fit-again Warrick Gelant, who’s been hampered by injury since moving down to the Cape from the Bulls.

Most observers though will be interested in seeing how young WP No 8 Evan Roos goes against the Bulls. The rookie has been in great form and has caught the attention of many rugby followers, and this will be another good test for him.

In the early match on Friday, the Lions – after being soundly beaten by the Bulls last Sunday – face tricky opponents in the Pumas.

The men from Mbombela have been in good form and this week boast in their side two exciting young talents in former SA Schools prop Dian Schoonees and Neil Otto, a star loose-forward of the Ikeys Varsity Cup side.

There are no major changes to the Lions team from Sunday, meaning Wandisile Simelane will again run out at fullback.

In Saturday’s match (kick-off at 2.30pm), the Sharks host Griquas, and the men from Durban will do well to take their visitors very seriously.

Griquas have been on a bit of a roll in the Currie Cup, with wins against the Lions, Cheetahs and Western Province so far.