"You're going to have to take yourself physically and mentally to a new place." 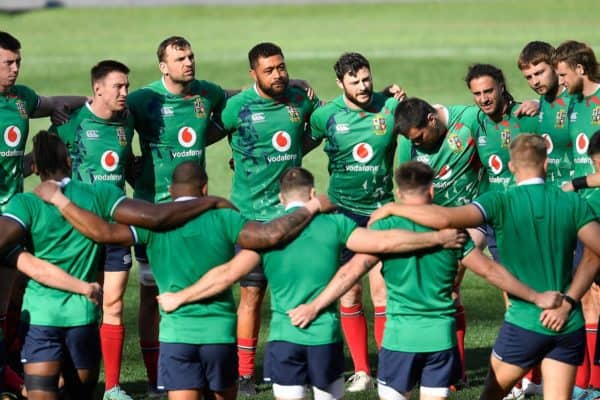 Matt Dawson has told the British and Irish Lions to be prepared to go to a “new place” mentally if they are to seal a series win over South Africa with victory in the second Test at Cape Town on Saturday.

The Lions lead the three-match contest 1-0 following last week’s 22-17 success over the Springboks.

That means they are now just 80 minutes away from emulating the 1997 Lions, for whom former England scrum-half Dawson starred, in winning a series against a South Africa side who, then as now, are the reigning world champions.

Dawson, however, warned South Africa would be smarting from a narrow loss that led to an extraordinarily prolonged and detailed critique of the performance of Australian referee Nic Berry by Rassie Erasmus, the Springboks’ rugby director.

“My advice to the Lions would be, you are going to play against a possessed side like you’ve never come across before,” said Dawson.

“That’s the tough part, that’s going to separate you from the opposition. Can you mentally take yourself to a place where you have crystal-clear thinking in the cauldron and pressure cooker of elite Test match rugby?…It’s going to be the head that wins it at the weekend.”

Dawson added a team led by veteran Wales lock Alun Wyn Jones, the most capped rugby union international of all time, had enough experience not to get swept up by talk of joining the 1974 or 1997 Lions as series-winners in South Africa.

“A first series win in South Africa in 24 years would be huge, these opportunities just don’t come along very often,” the 2003 World Cup-winner said in a blog released by William Hill.