‘Tour like no other’ ends in dramatic Springbok triumph

A closer look at some the major issues from the moment the Lions touched down in Johannesburg until they headed home from Cape Town. 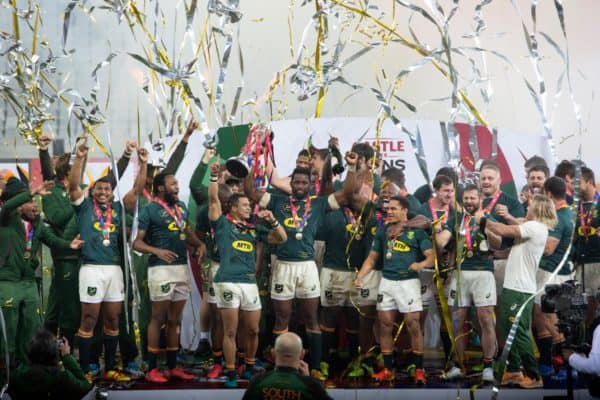 The British and Irish Lions visit to South Africa was branded “a tour like no other” and so it proved with coronavirus, unrest, under-fire match officials and damning comments about some of the rugby.

From try sprees against understrength franchises to brutal Test battles, the tour had everything except spectators with Covid-19 preventing them from attending any of the eight matches.

The Tests came to a dramatic conclusion with 37-year-old Morne Steyn achieving a remarkable double by winning two series against the Lions through late penalties.

In 2009, he scored from inside his half to give the Springboks an unassailable 2-0 lead and his 79th-minute from a shorter distance this weekend clinched a 2-1 victory in the latest series.

Here, AFP Sport looks at some the major issues from the moment the Lions touched down in Johannesburg on June 28 until they headed home from Cape Town this weekend.

Johannesburg was battling a third wave of coronavirus when the tourists landed and some players and staffers had to self isolate, leaving the tourists without a reserve scrum-half in one match.

As they moved to Cape Town, looting and arson that claimed 342 lives erupted in Durban and Johannesburg, sparked by the jailing of former president Jacob Zuma for refusing to attend a graft inquiry.

Cape Town escaped what president Cyril Ramaphosa called an “insurrection” and after the Lions were reassured about their safety, the tour continued.

It was too easy for the visitors in four matches against franchise sides severely weakened by the absence of stars on Springbok duty and they scored 230 points while winger Josh Adams bagged seven tries.

A coronavirus outbreak prevented the strongest franchise, the Bulls, tackling the Lions, and the Sharks filled the gap by playing twice within four days, fielding a third-choice side in the second game.

The only close encounter before the Tests was a narrow loss to a South Africa A side that one pundit said would have fallen foul of a trade descriptions act considering it contained so many Springboks.

Lions coach Warren Gatland stirred a storm before the first Test without uttering a word as the British media reported he was unhappy with South African Marius Jonker being the TV match official.

The quote-less stories suggested Gatland was concerned about having a local judging the Springboks although, ironically, it was the South African media who turned on Jonker over several decisions.

Former referee Jonker was a late replacement in the “hot seat” after Brendon Pickerill could not travel from New Zealand due to Covid restrictions.

It went viral and World Rugby reacted by charging him with misconduct. A lawyer representing Erasmus later said the coach was not responsible for posting the video on social media.

Rugby Australia were infuriated by the video, calling Berry “a highly regarded and respected international referee” and labelling the criticism “unacceptable”.

While the Springboks celebrated an 18-point second Test triumph, neutrals were far from impressed after a stoppage-saturated battle of attrition that dragged on for 126 minutes — 46 more than it should have.

“The players, pretty much to a man, reverted to caveman tactics in pursuit of a plan driven by over-hyped, ego-obsessed coaches,” wrote Ward.