Sharks ‘motivated’ to take on Irish powerhouse in URC opener 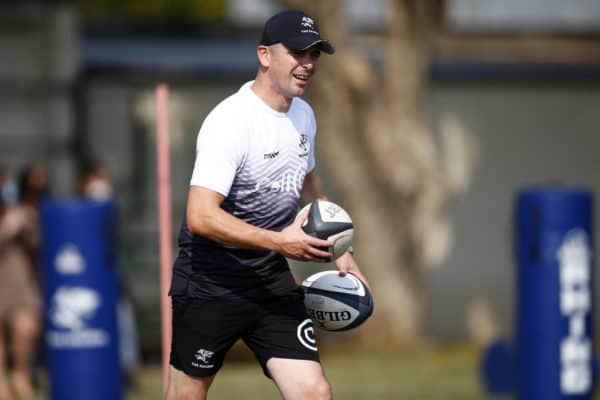 Munster might be missing a couple of their star players for their United Rugby Championship opener on Saturday, but Sharks attack coach Noel McNamara says Johan van Graan’s outfit will still have plenty of momentum behind them at Thomond Park.

Springboks RG Snyman and Damian de Allende will obviously not be playing, but there has been speculation that British and Irish Lions tourists Tadhg Beirne and Conor Murray are also not available. But Munster have been one of the powerhouses of Irish rugby and they have looked sharp in their pre-season matches.

“Munster are a very settled and successful side with South African coaches in Johan van Graan and JP Ferreira. They have been really consistent in the Pro14 and they are a momentum team, when they get momentum they are very difficult to stop,” McNamara, who knows Munster well from his time as Leinster Academy Manager, said on Tuesday.

“They will present a lot of challenges to us, but there’s a lot of excitement in our squad and we are looking forward to the challenge.

“That’s what the best players are motivated by – playing against the best. Munster have a big squad with a number of internationals in various positions and some very good youngsters coming through.

“Maybe Tadhg and Conor and a couple of Springboks won’t be there, but we won’t have any false sense of security. A young Munster team ran out very easy winners over Exeter in a warm-up game last weekend.”

ALSO READ: Bulls eager to prove their worth as they head back to Europe

McNamara said playing in Europe offers the Sharks a great opportunity to show how adaptable they are, especially when it comes to the crucial breakdown battle.

“We will certainly have to adapt to referees in the United Rugby Championship, because it is a competition featuring different countries and different referees from those countries,” McNamara said.

“So you can’t say this or that will be the way the competition will be blown. On any given day, you start from zero and you have to adapt and show good pictures to the referee.

“Munster are very strong over the ball, they have a high rate of turnovers, and against a jackal-based team like that you have to be on-point.

“In the Rainbow Cup they made an average of seven turnovers per game, so we’ve got to be accurate. And they have a variety of kickers available to them, a number of kicking threats, so it’s not just about shutting them down in one area.”