We pick five classic clashes in the storied history of rugby battles between the Springboks and All Blacks. 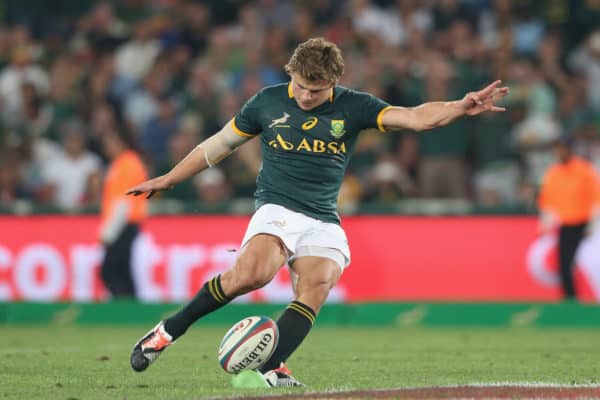 Having first met in a Test in Dunedin in 1921, which New Zealand won 13-5, the Springboks and the All Blacks will play their 100th match in the unlikely venue of Townsville, north-eastern Queensland on Saturday.

The greatest rivalry in rugby has seen many historic clashes, but these are five memorable ones that perhaps pass under the radar…

The year 1995 is forever embedded in South African history due to the 15-12 triumph over the All Blacks at Ellis Park in the World Cup final, but much of the groundwork for that win was actually laid the year before when the Springboks toured New Zealand.

South Africa’s previous Test against the All Blacks had ended in an 18-18 draw at Eden Park on August 6, 1994, so the Springboks would have believed they could beat their great rivals back at home on the Highveld. Of course the ever-arrogant Louis Luyt was president of the SA Rugby Football Union then and had coach Ian McIntosh fired, by fax, for his supposed shortcomings after that match.

But the magnitude of the achievement is shown by the fact that, to this day, no visiting team has won a Test against the All Blacks at Eden Park, the 2017 British and Irish Lions coming the closest in a 15-15 draw.

It was only the fourth time since isolation that the Springboks had played the All Blacks and they outscored them two tries to zero as McIntosh’s direct rugby started to reap benefits.

Unfortunately, the ill-discipline that plagued the tour cost South Africa a memorable win as they conceded six penalties.

New Zealand were able to salvage the draw when hooker and captain Sean Fitzpatrick (who else?), tugged Brendan Venter’s jersey, provoking a wild swing from the fiery centre and the crucial penalty.

Two Springboks have scored hat-tricks against the All Blacks – wing Ray Mordt in 1981 and centre Marius Joubert in 2004, and no New Zealander has returned the favour.

Joubert’s hat-trick came in an epic 40-26 win for South Africa at Ellis Park, Jake White’s team beating New Zealand for the first time in four years in front of a euphoric crowd of more than 60,000 people.

The Springboks started slowly and were 10 points down after the first quarter. But their set-pieces began to exert influence and some magical backline play by Joubert, Jean de Villiers, Breyton Paulse and De Wet Barry, with eighthman Joe van Niekerk producing a classic display of linking rugby, suddenly saw the momentum turned into a deluge of tries.

Victory was sealed in the 76th minute when Joubert jinked through under the poles for his third try. South Africa won the Tri-Nations the next weekend.

Since their return from isolation in 1992, the Springboks have only won 16 of the 62 Tests they have played against the All Blacks, so New Zealand’s dominance is clear and the greatest rivalry in rugby has become rather one-sided at times. But it still holds a special place in Kiwi hearts and South Africa still have the greatest winning percentage against the All Blacks of all opponents.

In fact, back in 2005, it was felt that the Springboks, under Jake White and John Smit, had reignited the old rivalry enough for the All Blacks to debut a new haka against them – the Kapa o Pango – rather than against the British & Irish Lions, who were touring that year too.

In a humdinger in Dunedin, South Africa’s hold on the Tri-Nations crown slipped as New Zealand snatched a dramatic 31-27 win.

The lead changed hands seven times before another hooker, Keven Mealamu, broke the Springboks’ hearts by crashing over for a try with just four minutes of play left.

On August 1, 2009, flyhalf Morne Steyn broke miscellaneous records as he kicked eight penalties and scored a try which he converted, all of South Africa’s points in a 31-19 win over the All Blacks at Kings Park in Durban. A second-half drop goal attempt hit the upright.

It was the first time the Springboks had beaten New Zealand on back-to-back weekends since 1976, following their 28-19 win in Bloemfontein seven days earlier.

John Smit was leading the Springboks for a world record 60th time that day and the Springbok lineout was utterly dominant and flank Heinrich Brussow cleaned up on the floor.

The home side also harangued the All Blacks with a swarming defence and scrummed and mauled superbly.

Pat Lambie’s 55m penalty on full time to beat the All Blacks 27-25 at Ellis Park in 2014 was a thrilling conclusion to a dazzling Test match that was full of intensity and side-to-side action, ending a 22-match unbeaten run for New Zealand, one short of their own world record, and giving Heyneke Meyer’s Springboks their first win in three years against their great rivals.

It came after a pulsating All Blacks comeback from 11 points down saw them take a 25-24 lead.

The Springboks had thrown the ball around in the first half and scored three tries, but New Zealand came roaring back to make for a special Test match which saw South Africa find the balance between structured play and some cracking attacking bursts from turnover ball.