EW Viljoen has been retained at No 10, but there are some key changes in the forwards. 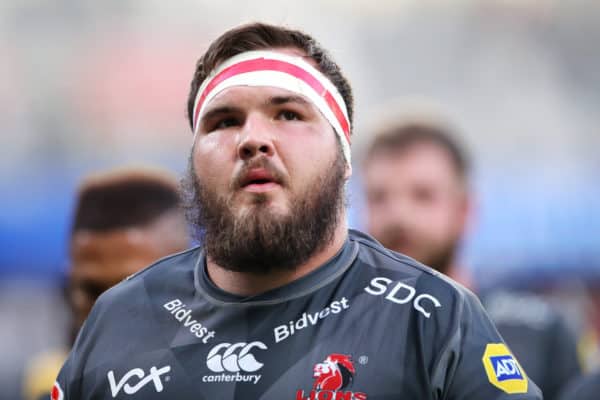 Carlu Sadie is back in the Lions team for their match against Ulster. Picture: Mark Kolbe/Getty Images

Lions coach Ivan van Rooyen has retained utility back EW Viljoen at flyhalf for his team’s final United Rugby Championship match against Irish side, Ulster, at Kingspan Stadium in Belfast on Friday.

Viljoen delivered a measured performance in his outing in the No 10 jersey last weekend when the Lions were pipped by Glasgow Warriors – the regular fullback or wing, playing at flyhalf because of injuries to Eddie Fouche and Jordan Hendrikse.

Also, Van Rooyen has brought Carlu Sadie into the team at tighthead prop, while Reinhard Nothnagel and Sibusiso Sangweni have also made it into the starting team.

Nothnagel comes in for the injured Pieter Jansen van Vuren, while Sangweni features in what reflects a few selection rotations in the match 23, taking over from Jaco Kriel.

Commenting on last week’s performance against Glasgow Warriors, Van Rooyen was upbeat ahead of his team’s fourth round encounter.

“There were quite a few aspects we felt we improved on in our performance against Glasgow Warriors last week, and that’s the kind of momentum we want to take into the Ulster game,” he said.

“This is the final game of our four-week tour so naturally we want to end it on a high.”

Wilhelm van der Sluys, Emmanuel Tshituka and flyhalf Fred Zeilinga will all have an opportunity to make their tournament debuts off the bench.