‘Our toughest test on tour,’ says Lions boss ahead of Ulster clash

The tourists in Europe have backed utility back EW Viljoen to again wear the No 10 jersey. 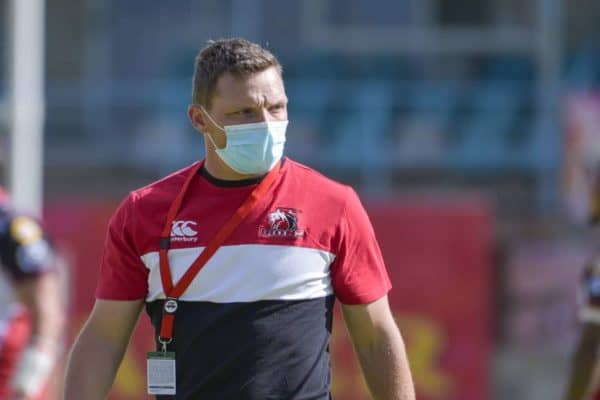 The Lions are ready for their toughest challenge on their maiden United Rugby Championship tour when they take on Ulster at the Kingspan Stadium in Belfast on Friday evening.

The Lions head into the match with one win from three games and will be hoping to end their first foray into Europe on a high with an upset win.

“It’s probably going to be our toughest test on tour in terms of the way Ulster play and if you look at the last two years of performance,” admitted Lions coach Ivan van Rooyen.

“They (Ulster) play a great attacking brand of rugby, ball in hand with a very good skill set, they thrive on good quick ball and they want to create miss-matches out wide with their exciting backs.

“But it is an opportunity for us to come in with a plan, and with the team I think our performances have increased weekly. We were a little off against Scarlets but last week we were a lot more physical and we played in a lot better areas.”

The Lions know that they will have to put in their best performance of the tour if they want to get anything out of the match and will have to be well in the fight going into the final quarter of the game.

“Looking at Ulster, that last 20-30 minutes they really play a high paced game. They tend to kick and suffocate you and when the game gets on they play a nice attractive, attacking quick game,” said Van Rooyen.

“Obviously we are not yet happy with our skill set under pressure, something we worked hard on this week as well, so we have to look after the ball a bit better. But, I think the intent and physicality last week from our side was a lot better.”

The Lions have decided to keep utility back EW Viljoen at flyhalf for the match despite having the services of Fred Zeilinga available, while other changes in the side sees Carlu Sadie in for Jannie du Plessis, Sibususo Sangweni in for Jaco Kriel and Reinhard Nothnagel in for the injured Pieter Janse van Vuuren.

“We are really happy to have Fred here but EW had a good game last weekend, so we felt it’s the right thing to keep him there…so we felt it would be unfair to throw Fred into the deep end from the beginning,” explained Van Rooyen.