"The key thing is to put in consistent performances now to kick on," said the Bok boss. 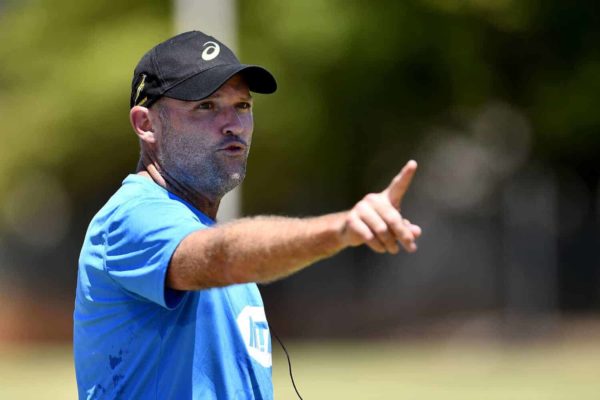 Springbok coach Jacques Nienaber admitted that the door is still open for a number of in-form players who were disappointed to miss out on selection for the Springbok end of year tour to the UK.

Stormers duo Warrick Gelant and Evan Roos were big omissions while Bulls duo Cornal Hendricks and Marcell Coetzee could also count themselves unlucky among a number of other top performing players at various franchises.

“There are a lot of fringe players who are probably disappointed at not being in the squad because there have been some good performances in the URC and there are no doors shut for any of them,” explained Nienaber.

“If they keep on producing performances like they have in the last few games and keep knocking the door down, like a guy like Jasper (Wiese) did going over to England and playing unbelievable Premiership rugby over there, that will open the door for them, so there are no doors shut for anybody.

Another player unlucky to miss out was Bulls flyhalf Johan Goosen, however his omission came down to his unavailability due to injury after he went down with an ACL injury during his side’s URC match against the Cardiff Blues, which could see him out of rugby for up to nine months.

“There are a lot of fringe players who are on our standby list and Johan (Goosen) was one of the players we were definitely looking at,” admitted Nienaber.

“It’s unfortunate that he’s injured now especially with Morne (Steyn) deciding to retire from international rugby as that opened a bit of a window there.

“But I don’t like to go into the fringe players names because I will literally open a can of worms, but they know what they have to work on and their challenge is getting continuity in their performances.

“They have had four games in the URC now and if you look at it there were one or two great performances from an individual perspective. But the key thing is to put in consistent performances now to kick on and make sure that their teams put in quality performances through taking ownership of their departments and with their coaches.”

The form of the South African teams in the URC going forward will thus play a big part in the thinking of the Bok coaching staff and all the franchises will need to improve. Especially considering they only managed to win four games out of 16 that were played between the four teams during their European tour.