Time away from rugby was ‘needed’, says Am about refreshed Boks

The Boks have enjoyed time off since the Rugby Championship but will face Wales, Scotland and England next month. 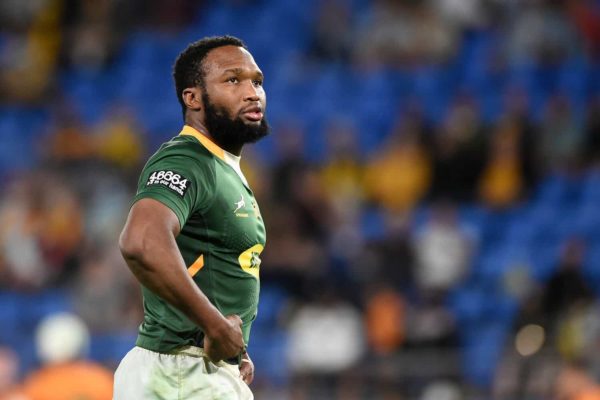 After a good few weeks break between the end of the Rugby Championship and start of the end of year tour, the Springboks have mentally refreshed themselves and are ready for the coming challenge.

Springbok centre Lukhanyo Am believes the break was desperately needed and that it came at the perfect time for the team to make sure they are in the best possible frame of mind to take on the home nations.

“I think having some off time was really good for us, especially mentally. Physically the conditioning coaches had to manage us from week to week, but I think from the mental aspect it (the break) was really needed,” admitted Am.

“To be off and see your loved ones and get to do whatever you want was something we really needed. So the boys are now rejuvenated, we are really happy to see each other again and we are excited and looking forward to the tour.”

The Boks will face Wales, Scotland and England on successive Saturdays from next weekend.

ALSO READ: Nienaber: ‘French camp will help get SA-based Boks up to speed’

Another important mental challenge that was overcome for this tour was that the players were not required to quarantine on their entry to France or when they move onto the UK, which will help massively in their preparations.

“Coming into France it’s been a lot better, we did our PCR tests and the medical staff helped with all the documents that needed to be done, and we went straight through and didn’t have to quarantine or anything so we are settled in,” said Am.

Most of the 32-man squad is taking part in the week long training camp in France with the locally based and Japanese based players all available for it.

UK based United Rugby Championship players like Munster’s Damian de Allende should be joining up with the squad in the week as the competition had its final fixtures over the past weekend before breaking for the November internationals.

The UK based English Premiership players and France based players will then only join up with the squad after the coming weekend’s fixtures, with the full squad set to be together in Wales on Sunday, which will give them a final week preparation ahead of the opening match of the tour.