Wales coach Wayne Pivac is due to name his side on Thursday for their match against the Boks. 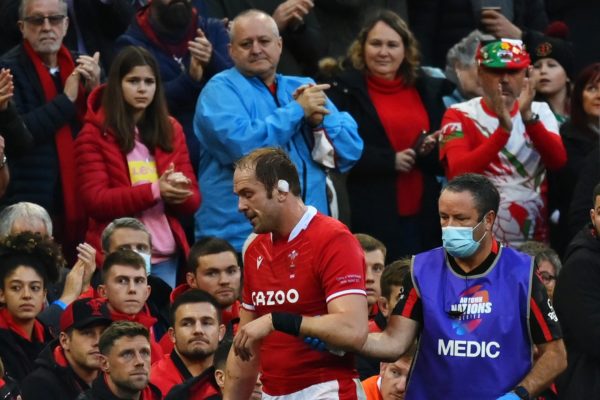 Wales captain Alun Wyn Jones will miss the remainder of the Autumn Nations series, including this weekend’s clash against the Springboks, with a shoulder injury that needs surgery which may sideline him for “months”, the Welsh Rugby Union (WRU) said Tuesday.

Both Jones and flanker Ross Moriarty will require operations after they each suffered shoulder injuries as Wales were thrashed 54-16 thrashing by New Zealand in Cardiff last weekend.

Their absence represents a huge double blow to Wales, who are at home to world champions South Africa on Saturday ahead of Principality Stadium matches against Australia and Fiji later this month.

Both forwards could also yet miss the start of Six Nations champions’ Wales title defence away to Ireland on February 5.

But he left the field after just 19 minutes following a tackle on All Blacks full-back Jordie Barrett.

Moriarty then went off following a tackle by All Blacks forwards Nepo Laulala and Ethan Blackadder, with French referee Mathieu Raynal showing a yellow card to Laulala.

Jones also injured his left shoulder a mere eight minutes into the British and Irish Lions warm-up Test against Japan at Murrayfield in June.

However, the second row was back after just 18 days to lead the combined side during their 2-1 series loss in South Africa.

But Tuesday’s statement from the WRU offered no hope of an equally quick recovery.

“Wales captain Alun Wyn Jones and back row Ross Moriarty underwent scans yesterday (Monday) due to shoulder injuries sustained on Saturday, in the game against New Zealand,” the WRU said.

“The scans revealed that neither Jones nor Moriarty will be able to participate further in the Autumn Nations Series, and will therefore be released from the squad.

“Both players will require surgery with an estimated recovery period of a number of months respectively.”

ALSO READ: ‘Not an experiment’ – Nienaber backs Kriel at wing for Boks

The WRU added No 8 Taulupe Faletau had been released from the squad because of an ankle injury suffered during training at Bath, his English club.

Faletau, set to join Cardiff next season, only linked up with the Wales squad on Monday.

Cardiff centre Willis Halaholo is set to re-join the Wales squad on Friday following 10 days in isolation after he tested positive for Covid-19.

Wales coach Wayne Pivac, who was without 20 players last week due to injury, illness and the fact the All Blacks game took place outside the Test window, is due to name his side to play the Springboks on Thursday.