‘All about maintaining intensity for 80 minutes,’ says Kolisi

The world champions clash with Wales, a team who play a similar style to that of the Boks, on Saturday. 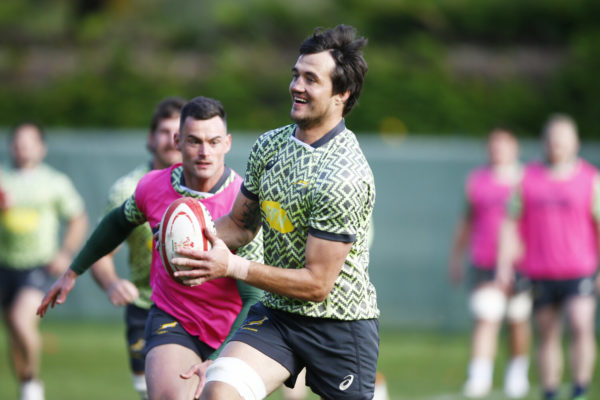 'Bomb squad' member Franco Mostert of South Africa will have a key role to play in helping the Springboks maintain the intensity for 80 minutes against Wales. Picture: Steve Haag/Gallo Images

The Springboks are gearing up for a physical onslaught when they take on Wales in their opening end-of-year tour match at the Principality Stadium in Cardiff on Saturday night (kickoff 7:30pm).

The world champions know that Wales are a team that is able to match them physically, with captain Siya Kolisi acutely aware of the different threat they pose than most other teams.

“There are a lot of different teams who we play against that we know will match us physically for a couple of minutes and then go away, but Wales just play hard for the full 80 minutes,” claimed Kolisi.

“You have to know that you are going to be in it for the full 80 minutes and that’s why the guys on the bench, the bomb squad are so important for us and they always step up to the challenge.

“In the semifinal (2019 World Cup) it was exactly the same thing and every time we play them here they never go away. They are also a very smart team and we play a similar type of game, so it’s all about who loses concentration or who takes their opportunities when they get them.

“So every time we play them we know physically we have to be up there for the full 80 minutes, you can’t have any soft moments. They are a hard and strong team and so are we, so it is going to be about who can maintain their intensity for a full 80 minutes.”

ALSO READ: Kolisi: Boks ready to right the wrongs of the past against Wales

Both teams are missing a number of key players due to injury, with Wales losing inspirational captain Alun Wyn Jones last weekend against New Zealand which will be a blow to the side, however Kolisi believes it just gives another player an opportunity to shine.

“He is a very experienced guy who has achieved many great things, and he is a great leader with a big presence, but I believe it’s the same with us in our group, there will be other guys who step up,” explained Kolisi.

“I’m sure that even though he’s not playing he will still be there this weekend, talking to the guys and helping where he can.

“At this level it is always a blow to lose a player like that, but it is also an opportunity for someone else to step up and make a statement.”