Steyn used his massive boot to kick the Boks out of danger, and he was defensively sound, not allowing any Welsh players past him. 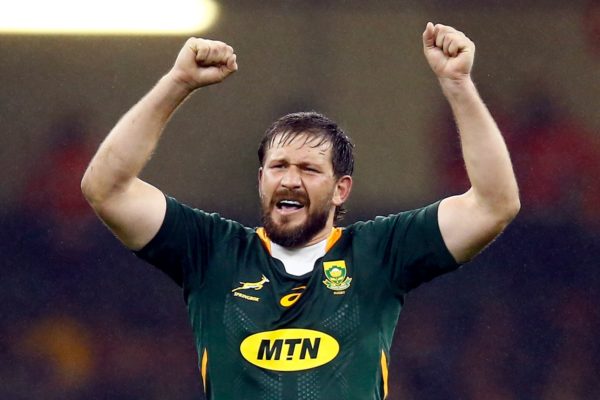 Utility back Frans Steyn rolled back the years with a superb performance to help the Springboks claim a well deserved 23-18 win over Wales at the Principality Stadium in Cardiff on Saturday night.

Steyn, who at 34 years of age put in a brilliant showing that harkened back to his glory years as a young 20-year-old, was deservedly named Man of the Match after a standout performance.

He was thrown into the fray early in the 15th minute when fullback Damian Willemse was taken off the field for a concussion test and never returned.

Steyn then proceeded to put in a masterful showing at the back, coming to the line on a number of occasions after Wales clearances while putting in some steps and bounces to get over the gain line.

He used his massive boot to kick the Boks out of danger on a number of occasions and was defensively sound, not allowing any Welsh players past him.

Steyn also showed his prowess with the boot, striking a monster 54-metre penalty from his own half that drew the Boks level with Wales at 15-all in the 55th minute of the game.

If Steyn’s form on the field was top notch, his form off it matched it as he held a classic pitch-side interview with a sideline reporter.

“I am pretty old for this now but it’s pretty awesome. I can’t explain the words,” Steyn said with a laugh.

“I am just happy that we won. I have never lost here so it’s pretty awesome… and I don’t know where we go after this but we keep on fighting and grind out wins like this.

“The weather was pretty terrible. We had sun during the week and now it’s raining and all that, but it’s an awesome stadium and it’s always special to play here.”

Steyn was also very complimentary of a tough Wales outfit, explaining he was happy that the Boks were able to force a result against a top side.

“Grinding the game out through the pressure we built in the first half was pleasing. This is a quality side and I think they’re going to do very well in the Six Nations to come,” said Steyn.

“Their season only starts now so all the best to them and hopefully they can get the Six Nations Cup again.”