The SA Rugby director of rugby has been banned for a period following his criticism of match officials. 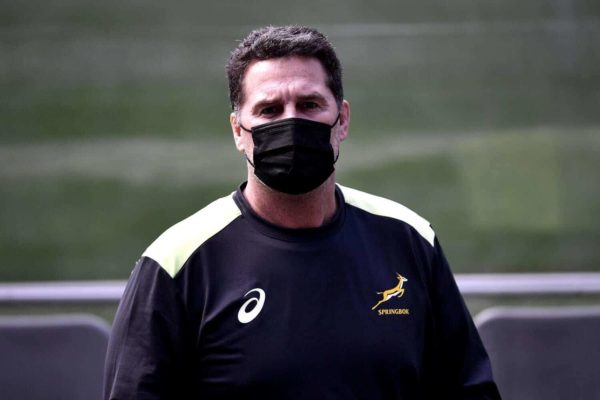 SA Rugby's director of rugby Rassie Erasmus has apologised to match official he was critical of and withdrawn an appeal against his banning. Picture: Ashley Vlotman/Gallo Images

SA Rugby and their Director of Rugby, Rassie Erasmus, have decided to draw a line under the reffing debacle that led to Erasmus being banned from all rugby activities last week and have withdrawn their appeal against World Rugby.

The two month ban which came into effect last Wednesday included a 10 month ban on all match-day activities, including coaching and contact with match officials, while he cannot engage with the media until 30 September 2022.

This was the verdict handed down after Erasmus made a 62-minute long video criticising referee Nic Berry’s performance in the first British and Irish Lions Test against the Springboks in July, which was subsequently, leaked leading World Rugby to charge him with bringing the game into disrepute.

Immediately after the verdict was handed down by an independent panel, SA Rugby and Erasmus indicated that they would exercise their right to appeal.

However, in an about turn on Thursday, SA Rugby and Erasmus released a joint statement which reads:

“SA Rugby and Rassie Erasmus wish to apologise to the match officials appointed to the first Test of the Springboks’ Series against the British & Irish Lions.

“We also confirm that SA Rugby and Erasmus have advised World Rugby that they withdraw their Notice of Appeal and will not lodge an appeal against the sanctions imposed by the Judicial Committee.

“This has been a highly stressful and charged environment with unusual pressures placed on all concerned and we have no wish to prolong that experience for anyone.

“We have drawn a line under the incident and only wish to look forward. We will respect the outcomes of the hearing, allowing our national teams and rugby operations to plan with clarity for the coming months.”

Erasmus will thus only be able to return to his job on 17 January 2022 and will only be allowed back at Springbok games at the end of September, which will probably see the team well into their 2022 Rugby Championship campaign by that stage.