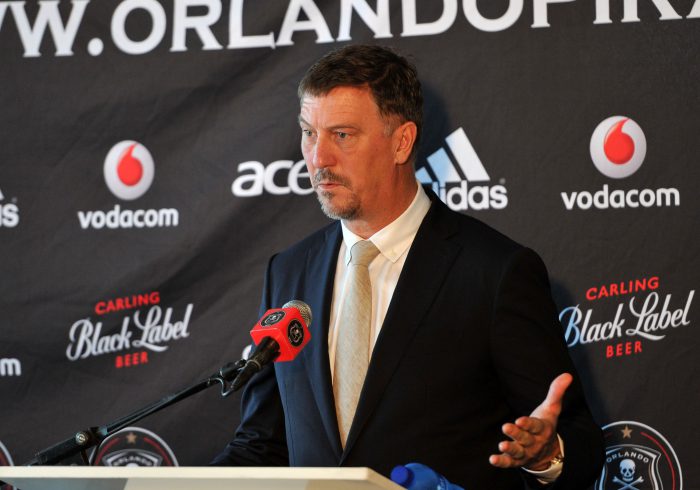 This means Jonevret will be on the touchline when the Buccaneers take on Polokwane City at Orlando Stadium on Saturday afternoon.

The Swedish coach will be looking to turn things around for the Buccaneers who have gone eight league matches without a win since beating Chippa United 1-0 in November last year.

The teams drew 0-0 when they met in the first half of the season at Peter Mokaba Stadium.

Hitting the ground running! Kjell Jonevret will take the reins vs PLK City at Orlando Stadium this weekend #OnceAlways pic.twitter.com/6BgQg33C16