Acornbush will be looking to cause an upset when they tackle Chiefs in the Nedbank Cup at Kabokweni Stadium on Sunday. 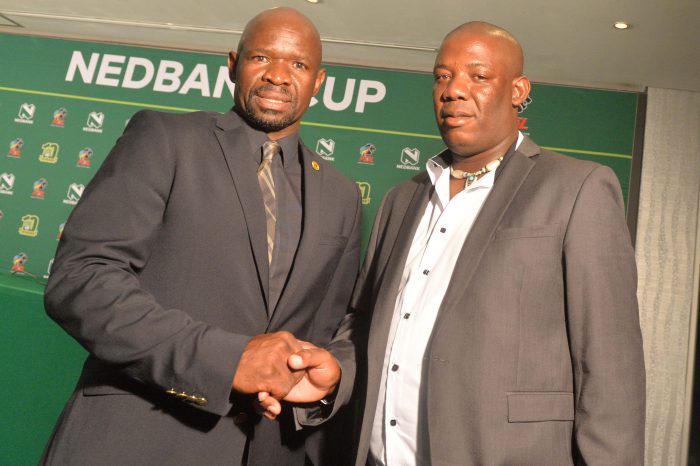 For a man tasked with guiding his second division team against the Soweto giants and the country’s cup kings, Acornbush coach McDonald Makhubedu sounded confident ahead of Sunday’s Nedbank Cup tie against Kaizer Chiefs.

Asked what made him so comfortable and confident, he answered simply: “The team I have gives me confidence.” His answer may sound cocky to some, but his facial expression made it look like he was just being honest.

“There are a lot of good players in South Africa, most of them are not exposed to the professional ranks. We have many of those players at Acornbush,” he added.

Perhaps Makhubedu can afford to be boastful having helped a number of players launch their professional careers while at various teams like Sivutsa Stars, Batau FC, Jomo Cosmos and Baroka FC.

Among the players who are now professionals and who came through Makhubedu are Orlando Pirates’ Thabo Rakhale and Platinum Stars’ Ennocent Mkhabela.

Makhubedu, however, as confident as he looked and sounded, could not come out and say it straight that they would embarrass Amakhosi at Kabokweni Stadium on Sunday, but promised fans a football fiesta.

“It has been easier for us because we did not have to give any motivational talks, the players are highly pumped up for the match because it is Chiefs.”

Amakhosi coach Steve Komphela said they will accord Acornbush the same respect they give all their opponents.

“All the teams in lower divisions give Chiefs a hard time. It’s important to show them some respect. They beat Cape Town City and that says something about them and we need to focus going into the game,” said Komphela.

Amakhosi have had nightmarish encounters against lower- division teams in the past, but Komphela could not be drawn to comment on those results, saying he had not been there when they happened.

The Glamour Boys previously had their lustre dimmed by teams like Baroka and City Pillars who were then in the second-tier league.

“We will go to Acornbush with a competent team which will win the match for our fans. If the pitch is good and playable, I have no problem playing them there (at Kabokweni), it is their venue and we respect that.”