One of the things that opponents have found to be a weakness in the Amakhosi side is their defence. 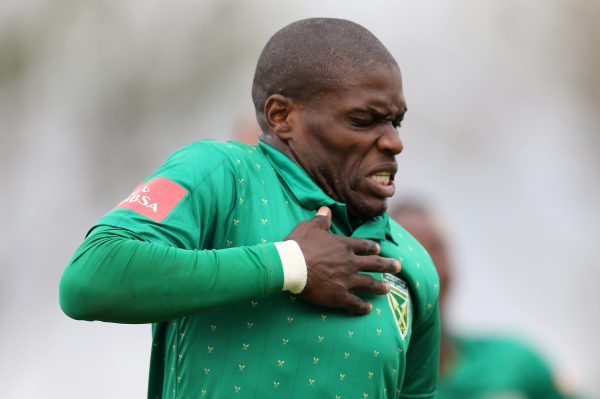 Kaizer Chiefs may have been on a good run that has seen them top the Absa Premiership standings since the season started, but they have their weaknesses, and that is what Golden Arrows striker Lerato Lamola says they will look to exploit when the two sides meet at Moses Mabhida Stadium tomorrow afternoon.

One of the things that opponents have found to be a weakness in the Amakhosi side is their defence which are prone to mistakes when put under serious pressure. Lamola said he watched them against Maritzburg United and Black Leopards (Chiefs drew both those games 1-1) and has an idea how they can unlock them.

“They have been tested, I saw them playing against Maritzburg United and their last game against Black Leopards. If they scored against them that means we can manage to also get a goal or two. We know what their weak points are and we will look to utilise that to our advantage,” he said.

Lamola said it will not be about doing Amakhosi’s chasers a favour by stopping them, but all about Abafana Bes’thende and their own targets.

“It is not about what we can do to them or for other teams. It is about our club, as a club we always want to win our home games – we want the three points and that’s what we area after,” said the 33-year-old.

Abafana Bes’thende are known for their ability to surprise big teams like they did with Mamelodi Sundowns earlier this season and Lamola says that is what they are looking at doing again. But Steve Komphela’s side have not found consistency, with just one win and one draw in their last five games.

“We are well prepared. We are looking forward to this game because we need to win it as we really want to finish in the top eight. They are fighting to keep their position at the top. What we need to do is go out there and perform as usual,” said Lamola of the anticipated tie.

On playing the game at Moses Mabhida – which is coincidentally Amakhosi’s second home ground – Lamola said it didn’t matter as they are also used to the World Cup venue.

“It is our home ground. We are used to it. It is not the first time we will be playing there. We just have to go there and enjoy the game like the coach has been telling us. They are the ones carrying pressure as they want to keep the gap between themselves and teams behind them.”