Chiefs knocked out of Nedbank Cup

Kaizer Chiefs are out of the Nedbank Cup after losing to Highlands Park 5-4 in a penalty shootout following a 1-1 draw in extra time at the Makhulong Stadium on Saturday afternoon. 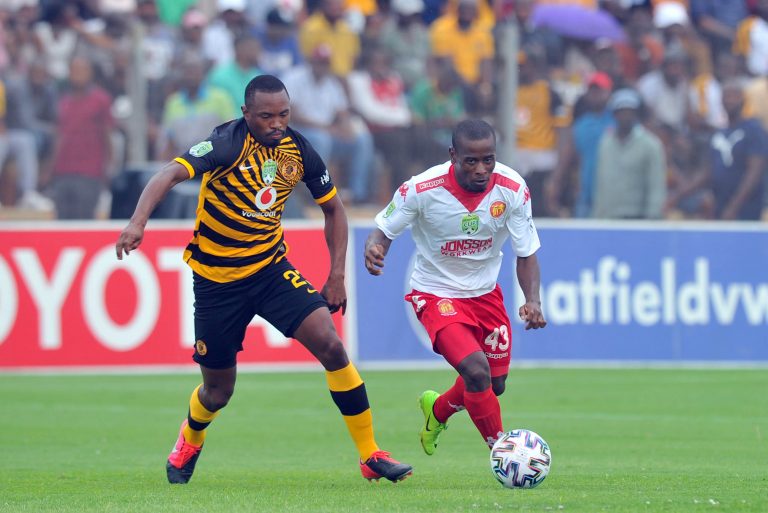 Khama Billiat missed his kick, hitting the upright in sudden death and Musa Nyatama stepped up to score his kick and take the Lions of the North to the quarter-finals. The defeat now leaves Amakhosi with only the Absa Premiership title to fight for.

The game started slow and there were some good exchanges in the first half but neither team could sum up any real chances. But Peter Shalulile came close to getting the home side in the lead six minutes into the match but Itumeleng Khune was on hand to deal with his turn and shoot effort.

At half time, Ernst Middendorp made two changes with Anthony Agay making way for George Maluleka and Bernard Parker taken off and Dumisani Zuma coming on. But just as the half began, so did a heavy downpour that made the conditions difficult.

As the rain let off after 10 minutes of a heavy downpour, Shalulile opened the scoring finally beating Khune in the 56th minute as he found himself unmarked inside the Amakhosi box and deflected the ball into the net with his thigh from a free kick.

But five minutes later, were bizarrely brought back into the game when Sello Motsepe scored with a header that any striker would be proud of except that it was in the wrong net.

Amakhosi came close to a second in the 69th minute but Daniel Cardoso couldn’t direct his header correctly from a Lebogang Manyama free kick. The Naturena side were unlucky to see their penalty appeal in the 74th minute denied by the referee although it looked like Zuma was brought down inside the Highlands box.

With 10 minutes to the end, the Lions of the North went on attack and Erick Mathoho did well to head Ryan Ray’s bicycle kick effort away from goal. But Abdi Banda could have done better with his effort from the resultant corner kick but the Tanzanian sent his shot wide with the goal open in front of him.

Chiefs tried to steal a late winner but Manyama’s consecutive corner kicks couldn’t find a teammate as the Lions of the North dealt with danger. The teams were a bit more guarded in the first half of extra time with neither wanting to be caught on a counter while in attack.

At 22 minutes into extra time, Musa Nyatama found himself through goal with only Khune to beat but hurried his shot and it was easily saved. It was still 1-1 at the end of 120 minutes and the game was decided on penalties.