Tebogo Tlolane has played just seven days for Maritzburg United but the 25-year-old has fit like a glove and become an important piece in Eric Tinkler's puzzle at the Blue Hearts. 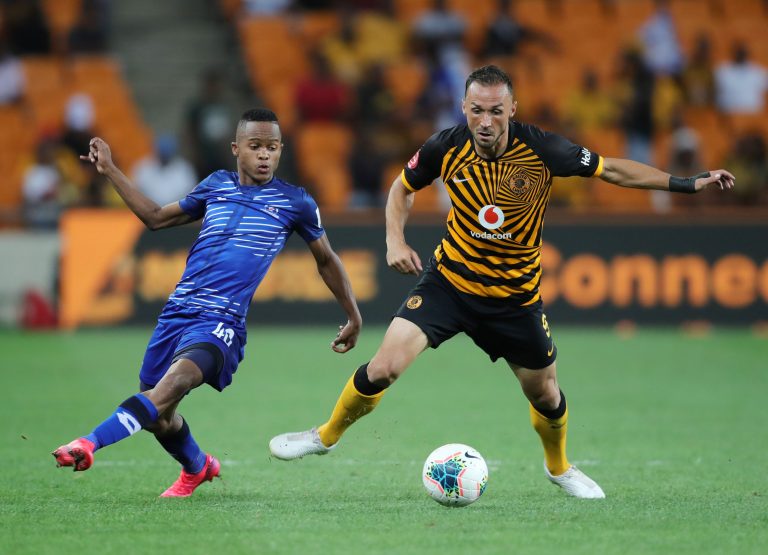 The left-footed midfielder joined Maritzburg on loan from Orlando Pirates in January and immediately became a regular feature in Tinkler’s team but is now frustrated at home as football has been halted owing to the outbreak of Covid-19.

The Johannesburg-born player is currently home where he says he is trying his best to keep fit and positive.

“I am keeping busy by training regularly. I also watch Netflix to take my mind off things. I also play some PlayStation,” said Tlolane.

In order to try and keep their momentum, Tlolane said, they as players kept in constant touch.

“We keep in touch almost every day, just to check up how each other are doing. We also have some good calls together. I am most in contact with Keagan Buchanan, Thabiso Kutumela and Miguel Timm. We communicate via Whatsapp and Instagram all the time,” explained the former Jomo Cosmos man nicknamed ‘Messi’.

And while listing the game against Stellenbosch where he scored his first goal this season as his best in the colours of Maritzburg so far, Tlolane says the back-to-back wins against BidVest Wits and Kaizer Chiefs the side scored away in Johannesburg in January were a big confidence booster.

“The back-to-back away games against Wits and Chiefs, those two games gave us a huge boost and much-needed confidence,” he said.

Maritzburg were in fifth position when at the time league was suspended with 39 points off 24 games and were on a four-game winning run.