Kaizer Chiefs have said they will not comment on the delay to the restart of the Absa Premiership, where they have a four-point lead atop of the standings. 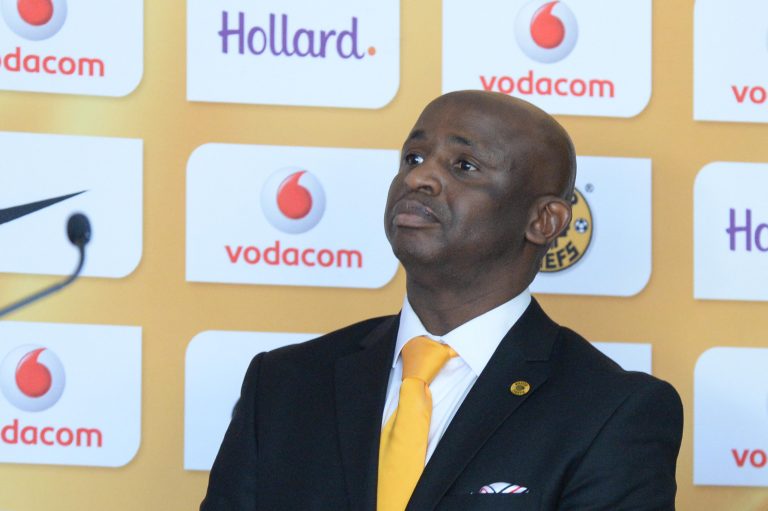 Vina Maphosa during the Kaizer Chiefs pre-season press conference at Kaizer Chiefs Village, Naturena. (Photo by Lefty Shivambu/Gallo Images)
Amakhosi were in good form and looked a solid bet for their first title in four years when the league was abandoned due to the Covid-19 outbreak.
The Naturena-based side were on 48 points, collected from 22 games, and although Mamelodi Sundowns were four points behind with a game in hand, the hard-working ethic that Ernst Middendorp’ team had shown in their games made them credible candidates.
Sundowns however have a more experienced team, having won it twice with the same players over the past few years.
“We have no comment on league matters,” was all Amakhosi spokesman, Vina Maphosa was prepared to tell Phakaaathi this week.
The side has been in full training for two weeks now and the players who had been interviewed by the side had said they were looking forward to the resumption so they can finish the job.
But with the games expected to start this weekend, the PSL’s plans were dealt a heavy blow when Safa said their referees would need two weeks to be ready, meaning the games can only start in August.
Amakhosi had also tied down for a further year some of their players who had their contracts ending at the end of June. Midfielders Siphelele “Stash” Ntshangase, Philani Zulu and goalkeeper Brylon Petersen were given one-year contract extensions to stay on at Naturena.
Maphosa said there were no new developments in terms of players. “There is no update on player contracts save for what we have reported already,” he said.